I SHOULD BE DOING SOMETHING ELSE RIGHT NOW 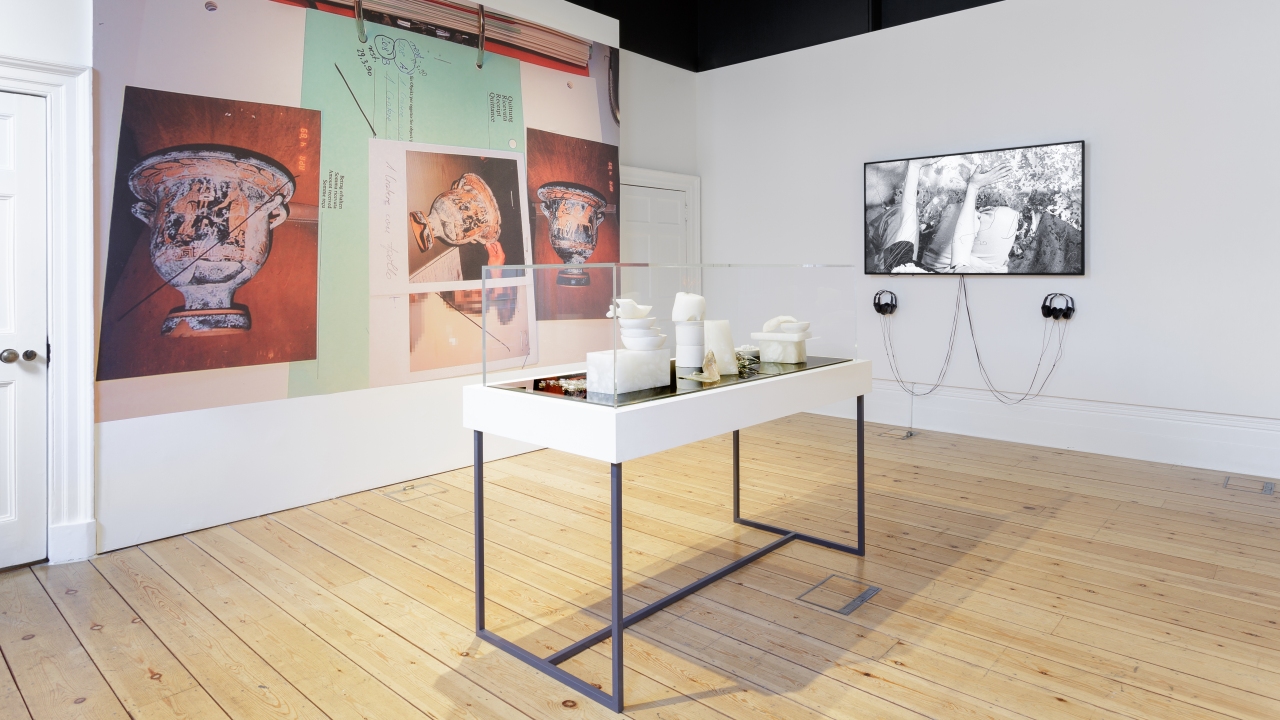 In our current state of acceleration, change seems to have become the very basis of existence and an operational model for modern life.

Bringing together digital collage, print material, sound and sculpture I Should Be Doing Something Else Right Now explores the idea of change and its transformative or violent power through dynamic layered compositions.

In SAM WILLIAMS’ and ROLY PORTER’s newly commissioned film Salvage Rhythms, they pick up where their AGM performance left off. The film collages together sound and movement from the performance of the same title with original and found footage; animation and photography to create a dense and decaying compost of human and non-human entanglement. 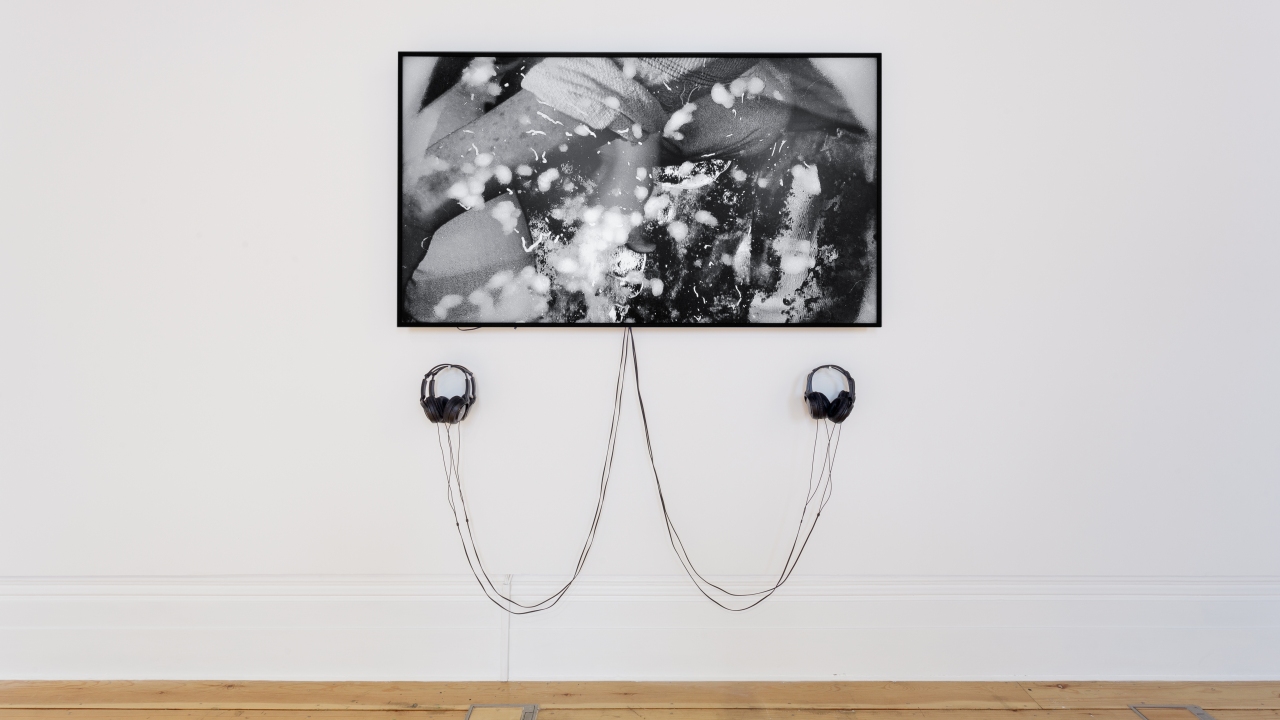 VIVIENNE GRIFFIN’s sculptural compositions look at the power in changing oneself; playing with the superficiality of self-obsession through self-reflection, whilst also looking towards it as a powerful tool, as a solution. 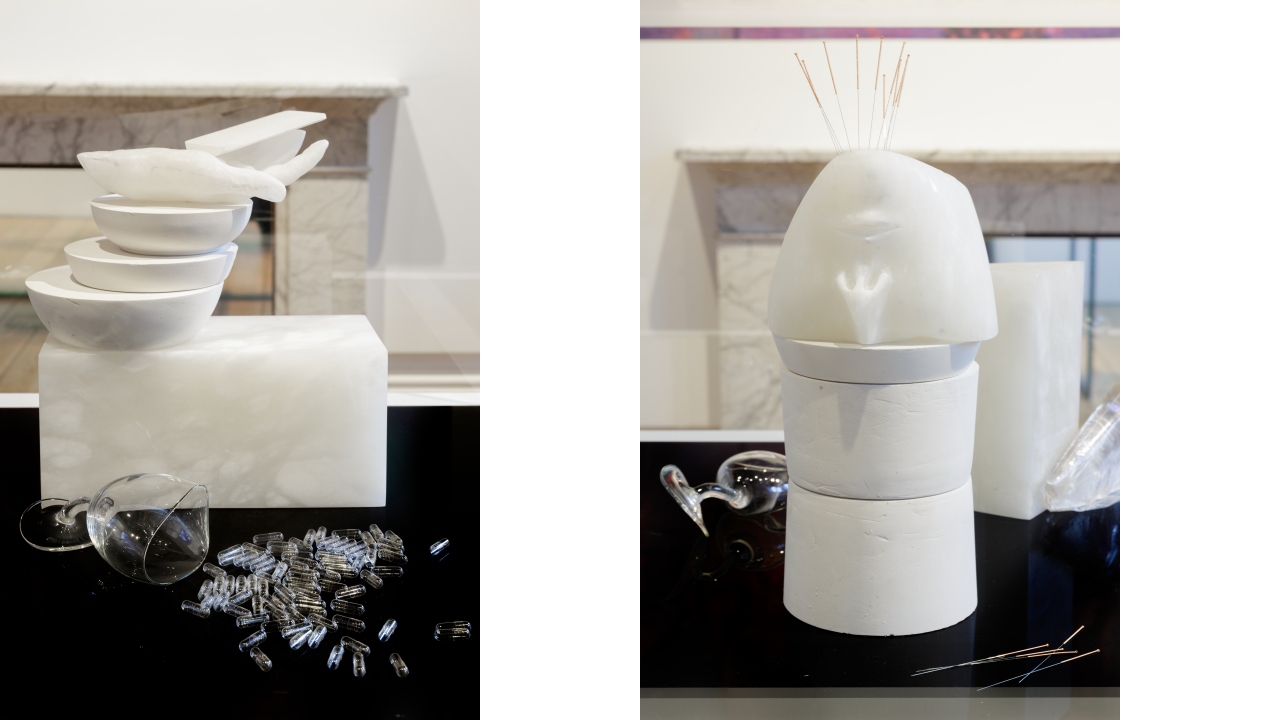 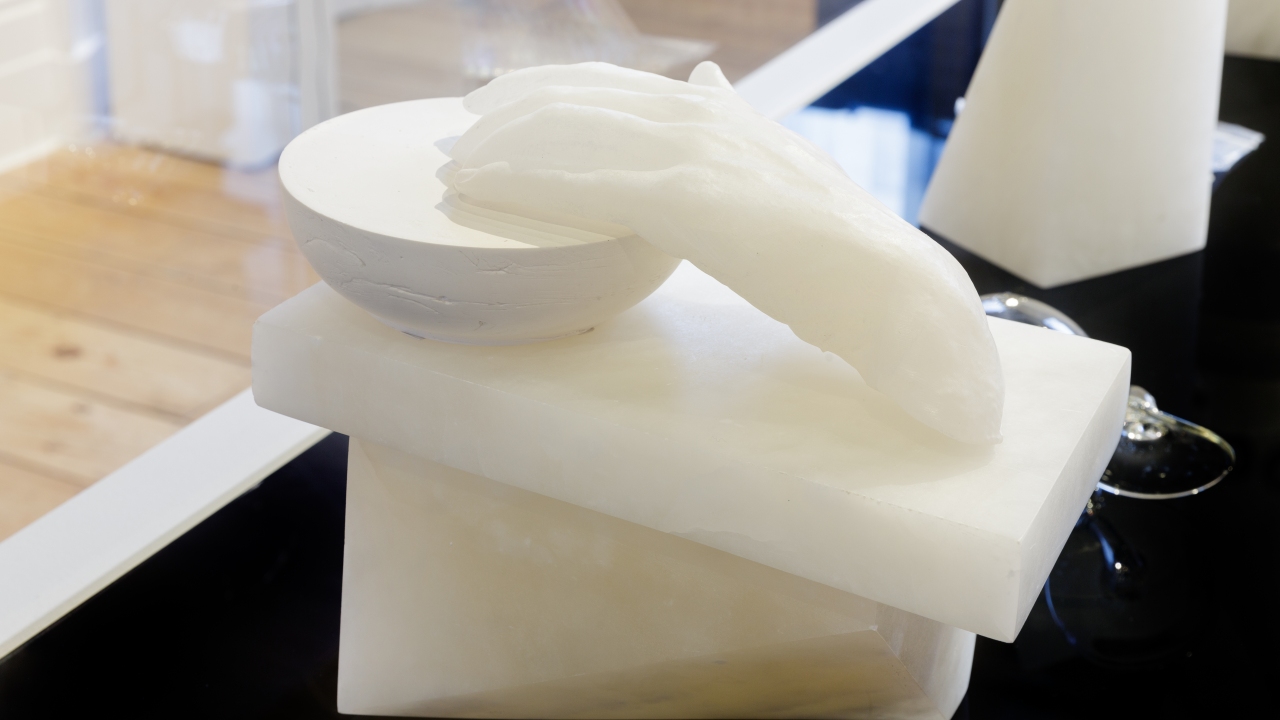 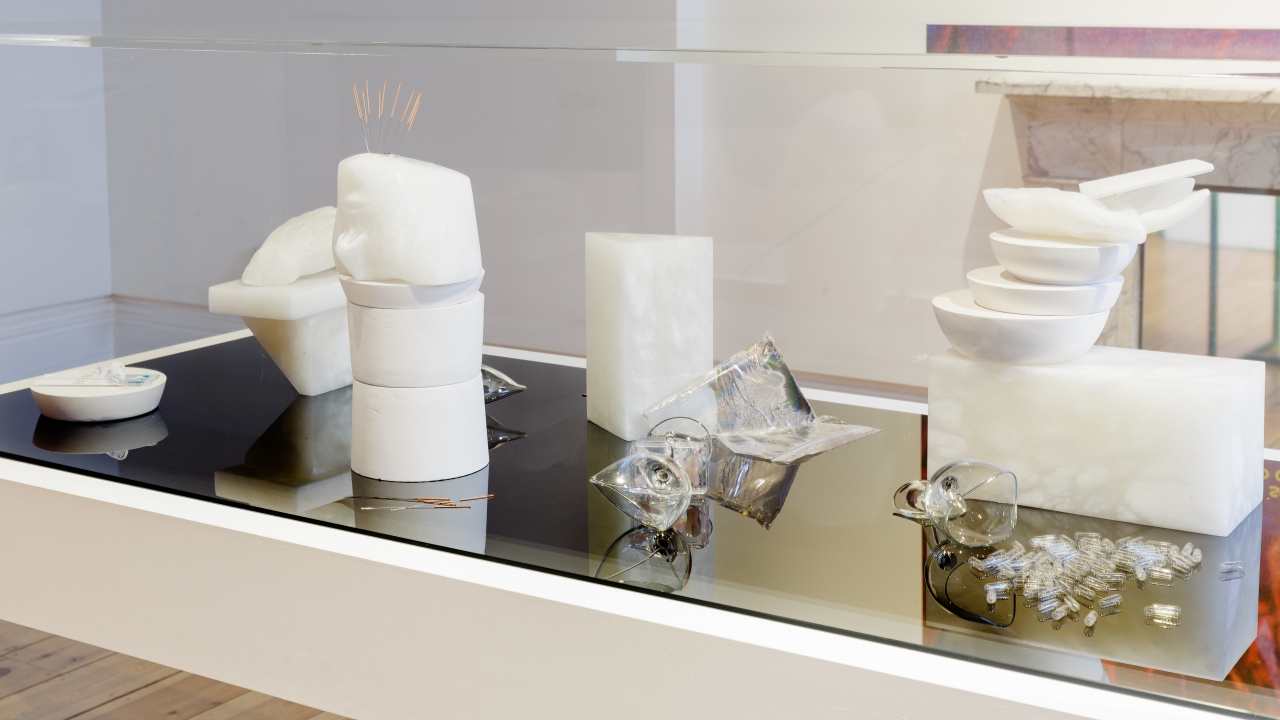 RKSS and LAURA FOX use their sad girl remixes and AR to specifically explore the relationship to gender identity as a complex set of experiences and systems that interrelate, while questioning how we uphold and benefit from the gender binary. 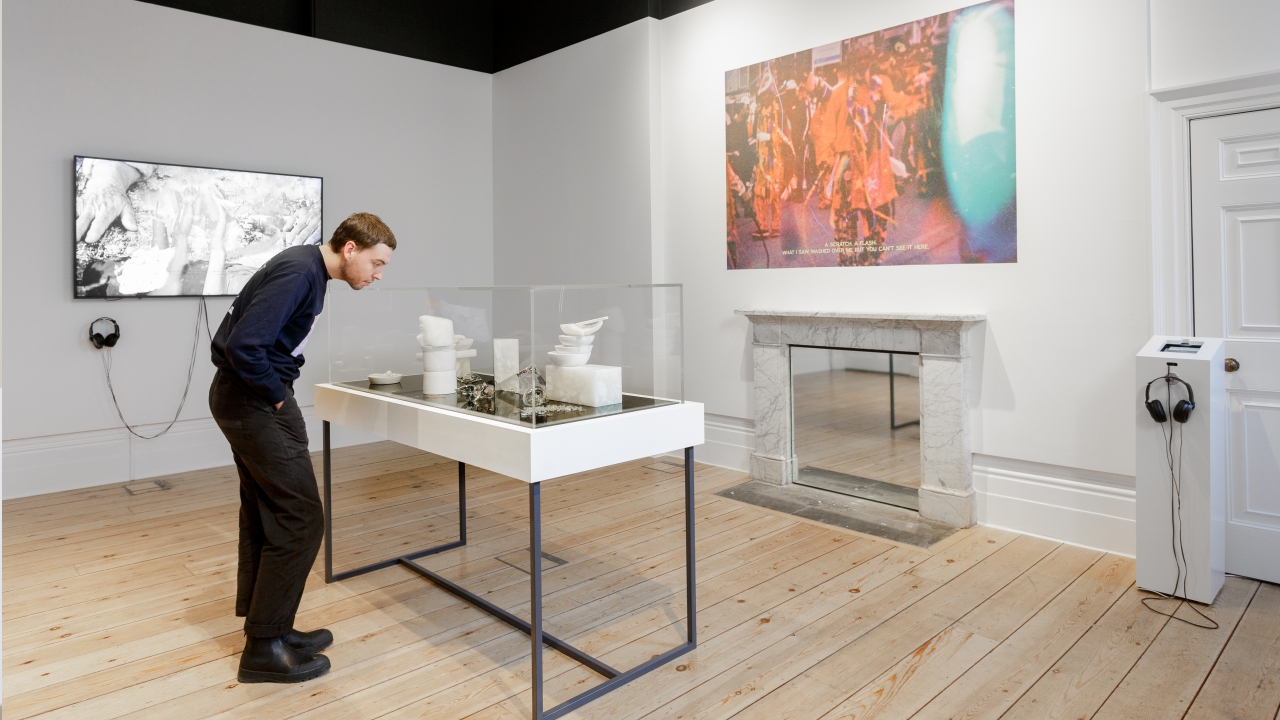 Works from RHEA STORR and MAEVE BRENNAN talk to each other about the relation between images and structural change: is the ritual of editing images and layering or replicating publicly accessible content an act of power and resistance or an act of violence? 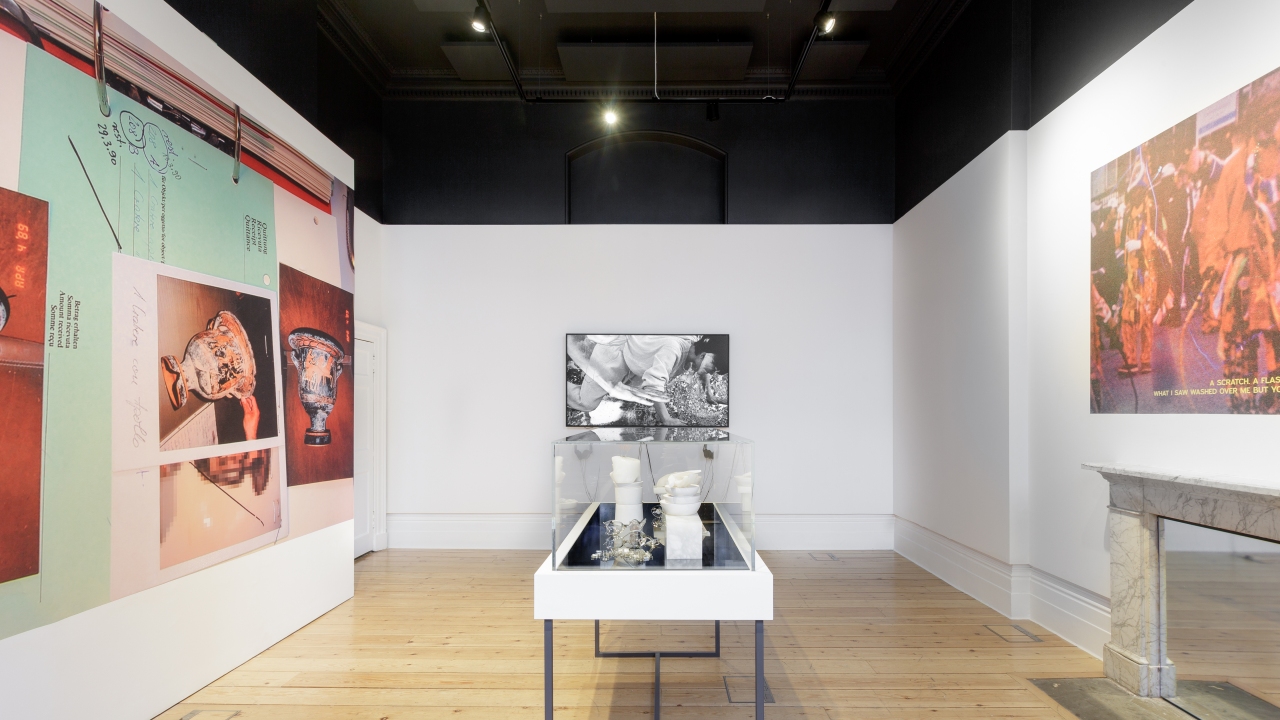 Gallery 31 is a new permanent exhibition space dedicated to profiling the Studios community and work developed through our residencies. With a rolling programme and a different theme each season, Gallery 31 presents a curated selection of new commissions alongside existing and in-progress works. Gallery 31 is generously supported by The Rothschild Foundation, and Salvage Rhythms is supported by The Adonyeva Foundation.

MAEVE BRENNAN is a visual artist. Led by a documentary approach, Maeve’s work looks at the historical and political resonance of sites and materials, culminating mainly in moving image and installation works.

VIVIENNA GRIFFIN’s antidisciplinary practice includes electronic noise, one-to-one performances, objects (found and made) and drawings. She is currently focussing on the problematics of hyperindividualism in new body of work and the uses of sound (and/or silence), dance music, meditation, singing and podcasts as means of transcendence of the self.

RKSS, or Robin Buckley, is a London based producer, performer and DJ. Their work explores the politics and aesthetics of club culture, technology and queerness. Their latest album DJ Tools, released on Lee Gamble’s UIQ, is based on live performances where they recontextualise EDM sample packs into fragmented computer music and was selected by Pitchfork Magazine as one of their top ten experimental albums of the year for in 2018.

LAURA FOX is a London based artist and writer with a research-based practice focused on the intersection between philosophy and technology, exploring queer futurity through AR and VR. Laura will be collaborating with rkss at Somerset House Studios as part of their residency.

SAM WILLIAMS is a visual artist working in moving image, installation and performance. Sam’s work and research takes place in the “spaces between” – between the cinematic and the somatic, the inner and the outer, the body and the landscape.

ROLY PORTER is a composer and sound designer working in electronic music for installation, performance, film and game. His work is an attempt to combine sound design, the aggression of sound system music and the compositional structure and instrumentation of classical music.

RHEA STORR is an artist and filmmaker working between analogue and digital practices. She makes work about black and mixed-race identities, asking where images fail or resist us.