GROUNDING PRACTICE
Mykki Blanco, Victoria Sin & Taylor Le Melle, Juliana Huxtable & Hannah Black
Multiple Dates, 2019-2020
Artist Talk Series, Somerset House, London, UK and online
This series is born from the understanding that while artistic practice is part of an art ecosystem tied to the rules of the competitive art market, artistic development is reflective and investigative. In this series, invited artists discuss the sustainability of their practices, their inspiration and how they navigate, negotiate and contribute to the contemporary contexts in which they’re making work.

This series is part of the ARTIST DEVELOPMENT PROGRAMME at SOMERSET HOUSE STUDIOS. 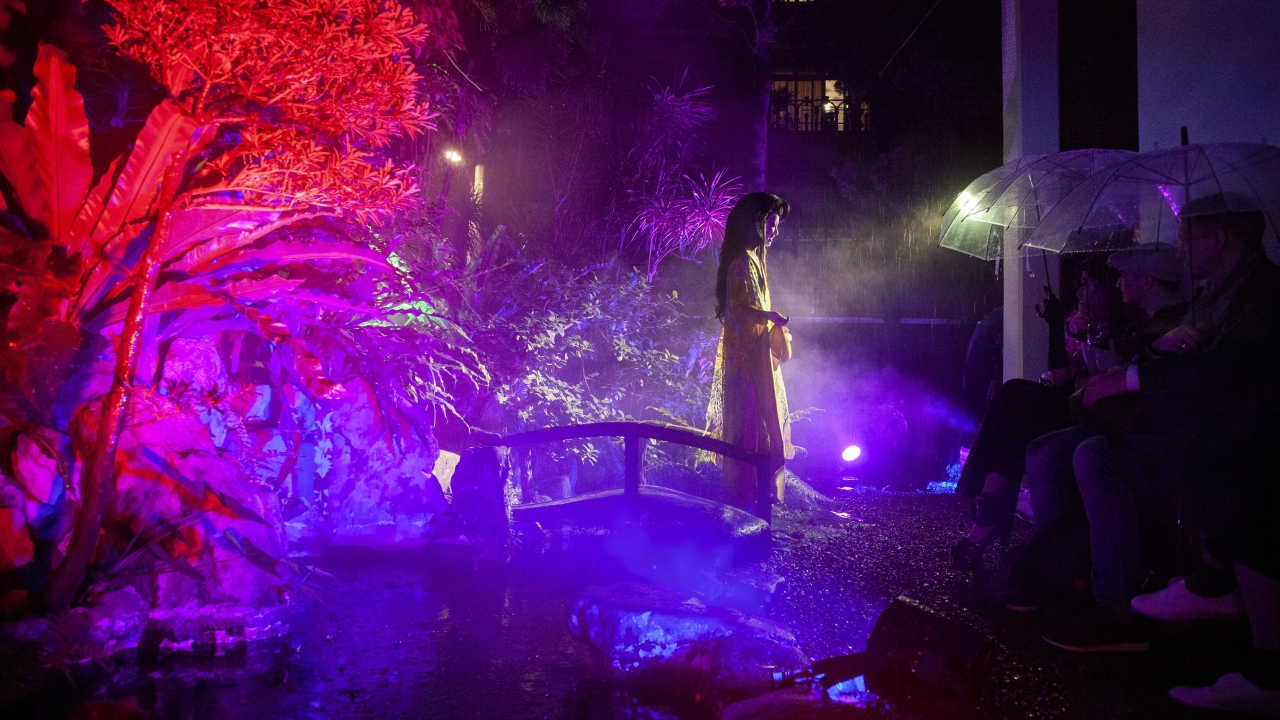 Victoria Sin, If I had the words to tell you we wouldn’t be here now, 16 January 2019, Chi-Wen Gallery. Photo: Ivy Tzai
The first event in this series is a talk by multidisciplinary and award winning artist MYKKI BLANCO
MIKKY BLANCO is an internationally renowned musician, performing artist, and LGBTQ+ activist. His debut full-length album Mykki was released in 2016 to critical acclaim. He is also the creator behind mixtapes like Gay Dog Food, and the groundbreaking mixtape Cosmic Angel which defined the 'Queer Rap' genre. He has been the protagonist of a wide variety of other video content as well, including his latest WYPIPO short film for Dazed. The multi-faceted artist continues to crossover from the underground having toured with the likes of Bjork, Major Lazer, and Death Grips, while working with such diverse musicians as Madonna, Kanye West, Kathleen Hanna, and Woodkid. Mykki Blanco remains a creative polymath whose journey from artist and actor to seasoned musician is as exciting to watch as it is to listen to.

The third event is a talk by multidisciplinary artist JULIANA HUXTABLE in conversation with visual artist and writer HANNAH BLACK.
Using the structures of music as mediums in her multi-media universe, JULIANA HUXTABLE is a DJ and musician singular in her approach. Where her visual art and poetry navigate the complexity of desire in a life increasingly mediated by technology, her music utilizes the sounds of technology itself to construct parallel realities to be inhabited and embodied in rhythm and harmonic tableaux. Her sets skillfully deploy the notion of sampling, and re-blogging as DJ strategies, ecstatically mixing an array of influences that frolic at the boundary of genre-intuition and experimentation. At once an assertion of freedom and an ode to the evolutionary structure of electronic music subcultures, she aspires to the sublime in what can often only be described as witchcraft behind the decks; seance from the stage.
HANNAH BLACK (b. Manchester, UK), is an artist and writer living and working between London, UK and New York, US. Hannah Black’s work brings together two different scales: both individual/psychological and collective/historical formative experiences of class, race and gender. Her videos and installations combine details of her own or other people’s lives, such as a tooth implant or a role in a musical, with historical anecdotes and minutiae. The work is driven by a preoccupation with the limits and structures of relating, and influenced by communist and black radical traditions.
Presented with the support of Goethe-Institut London as part of the Goethe-Institut x Somerset House Studios residency.
Back to top
This site and third-party tools utilize service and analysis cookies - By closing this notice or browsing this page, you agree to use these cookies    Info  |  Close