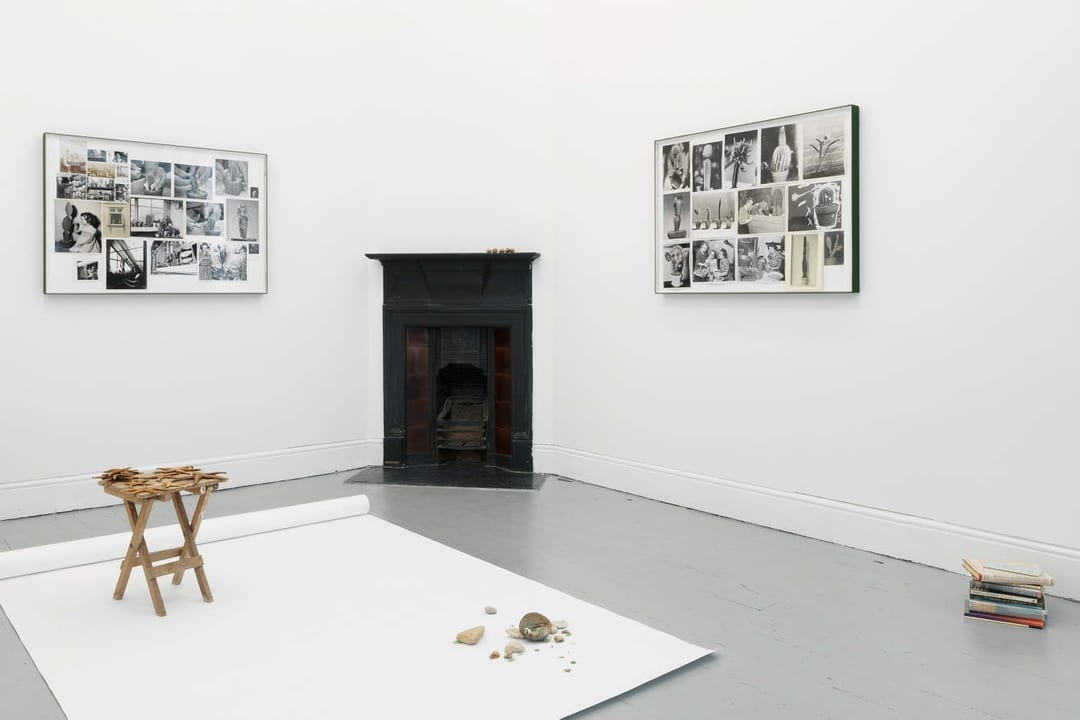 The Infinite Lawn. Petra Feriancová, Yann Sérandour. Installation View. Tenderpixel Gallery.
A creation of archive is understood as an activity which preserves everyday objects in terms of their impermanency. The exhibition, 'The Infinite Lawn', is a collection, an anthology operating on the scale of small gestures, marginal notes and things noticed from the corner of the eye, in order to unfold thinking in new ways. If some properties of objects, (basic or uncertain or undefined), are maintained through transformation, grasping that object might mean following the traces of those properties through the metamorphosis, like trying to recollect a narrative from oral tradition. Recent speculative approaches to objects' studies have explored their qualities in terms of pre- and continuous existence, constant transformation in an infinite chain of connections – taking distance from the idea that all that they are is intelligible to humans. Yet, it is humans producing those very theories. 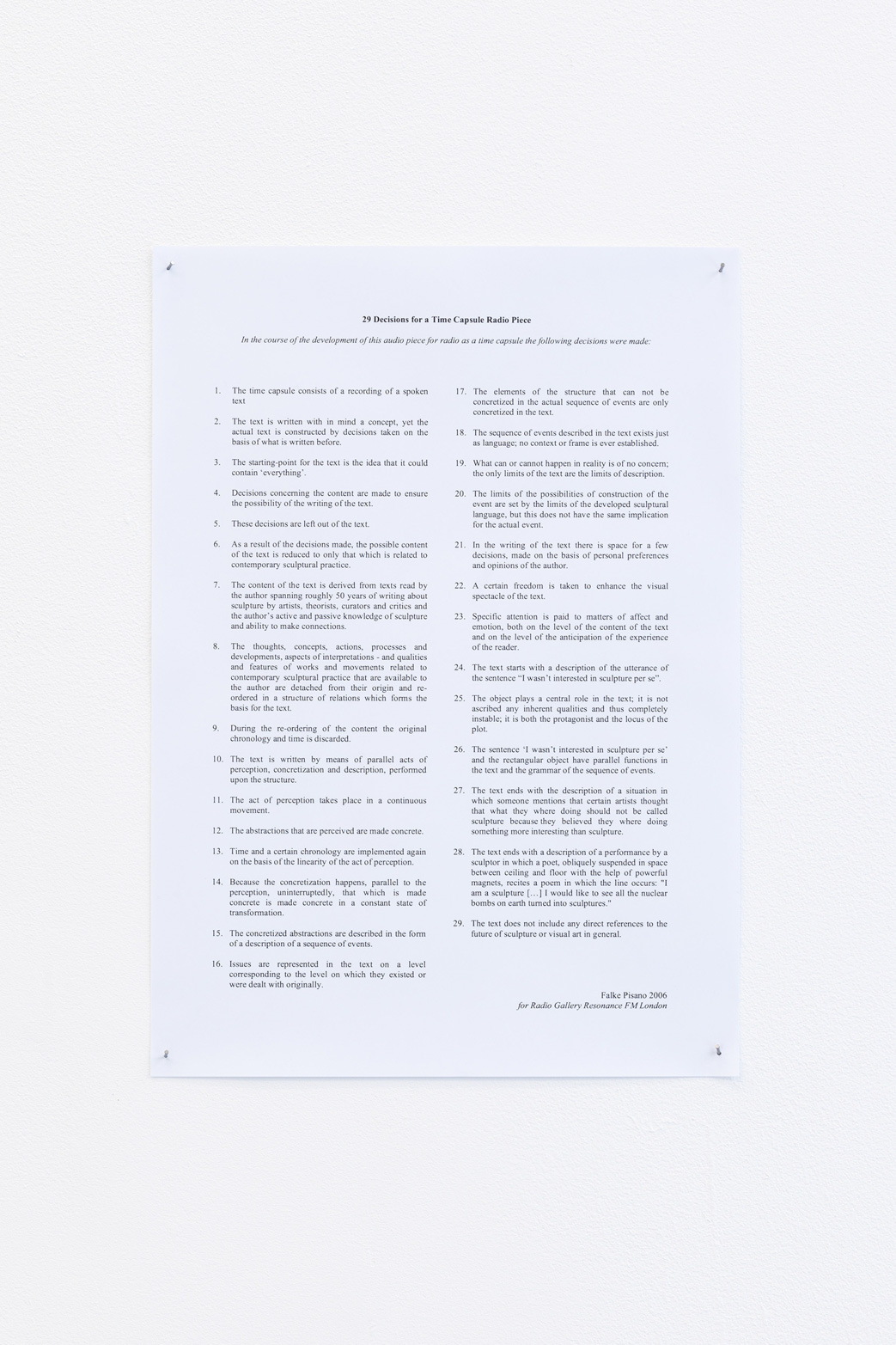 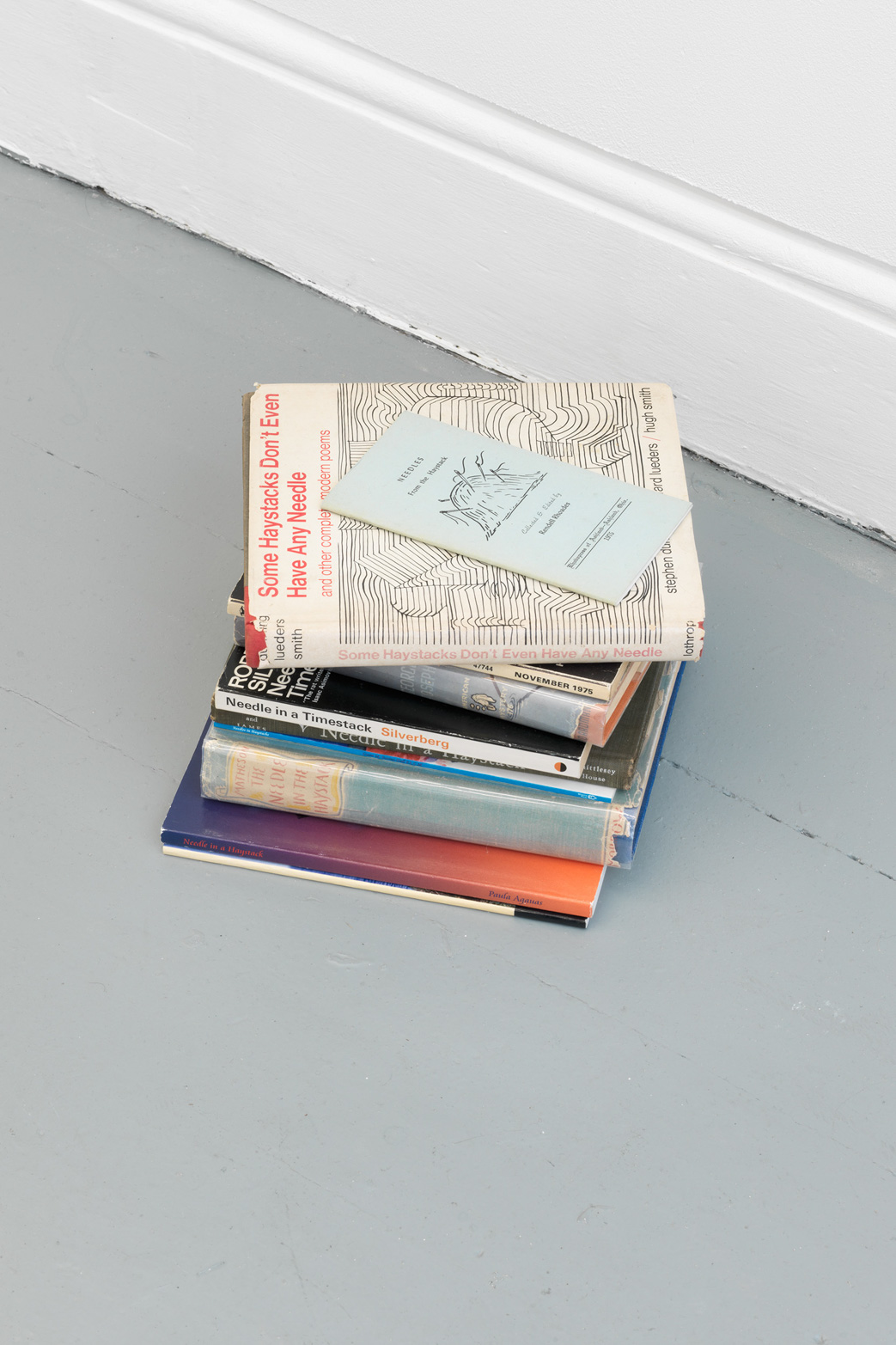 Yann Sérandour Bookstack, 2005. Tenderpixel.
The works outline a chance that such enormous complexity linked to the life of objects is articulated by a 'distorted and fragmentary nature of our perceptual faculties'*. Perhaps assimilating a whole without comprehending everything that is pertinent to single events (object in becoming) entails some kind of magic that can be only achieved through discontinuous thinking processes, or broken thoughts.Exploring the territory between memory and perception, the exhibition places objects in a renewed perspective, accumulating secret links and plotting various stratagems to laterally affect our comprehension and to leave us simply enchanted in the encounter with the objects.
* Katrina Palmer, Relief (A Remote Object of Thought) In: The Fabricator's Tale 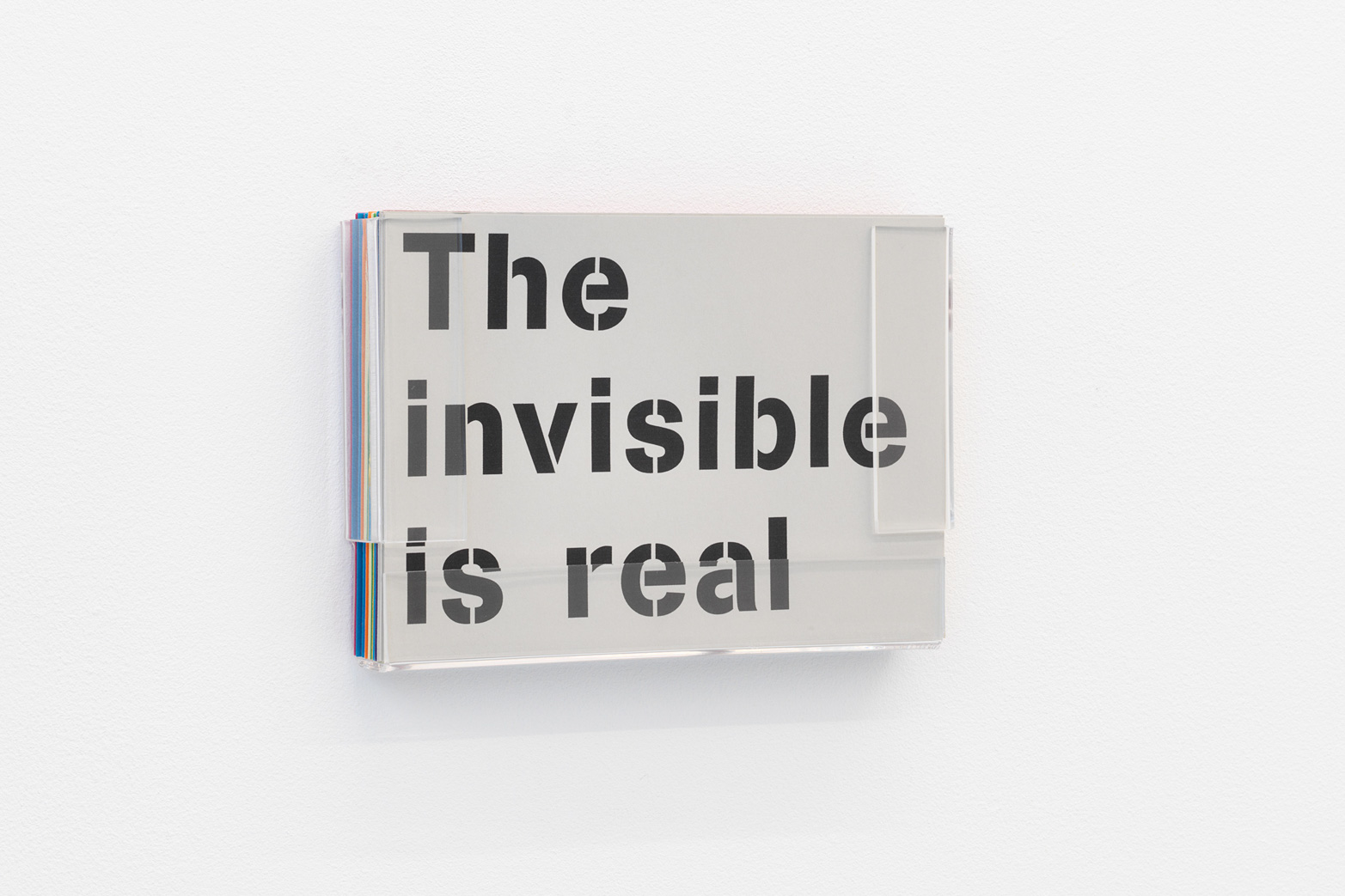 Ian Whittlesea , The invisible is real, (Walter De Maria), 2006. Tenderpixel.
Do not stare directly into the object – it is only properly received if looked at askance'
– Katrina Palmer, Relief (A Remote Object of Thought) In: The Fabricator’s Tale 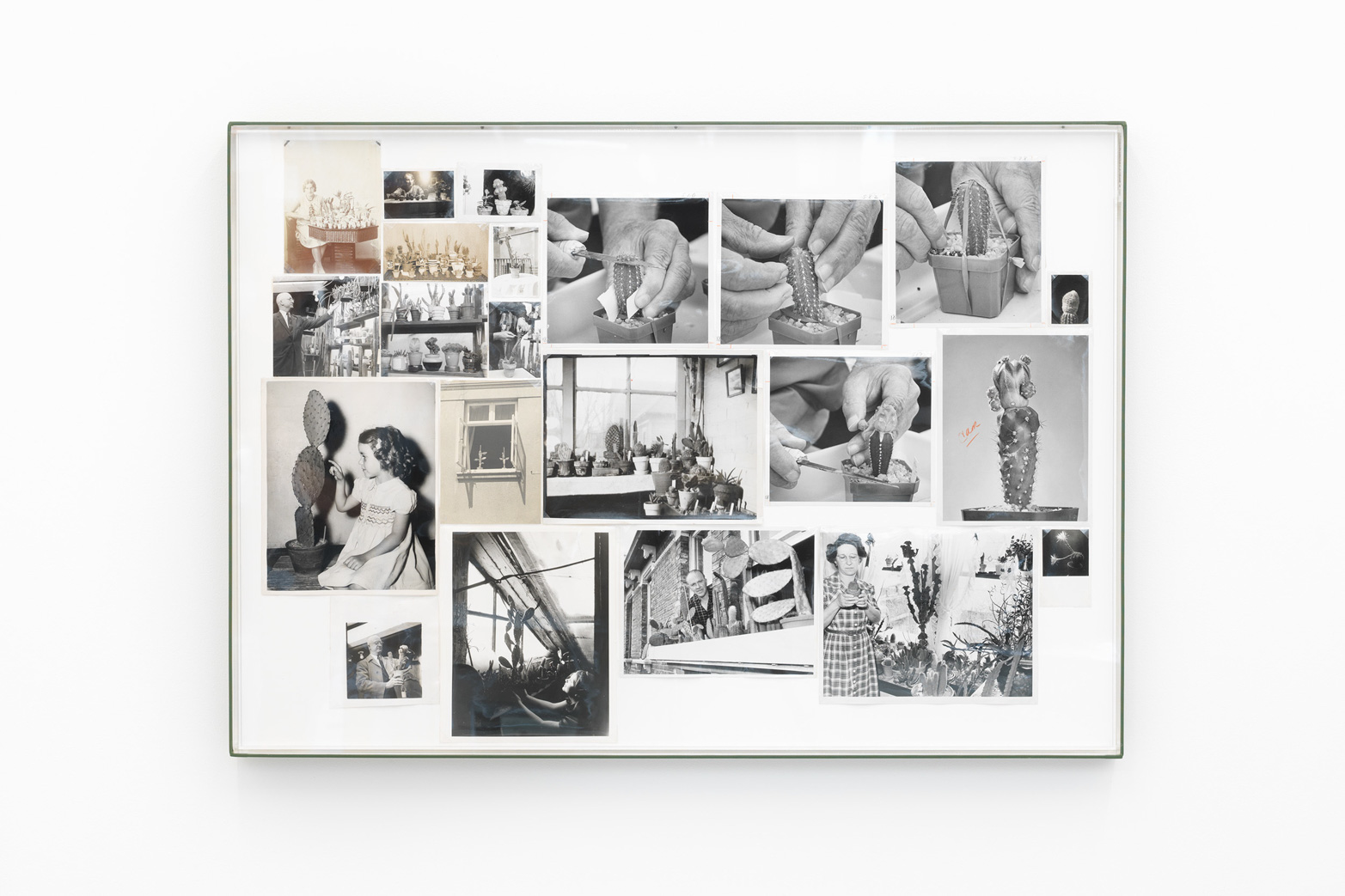 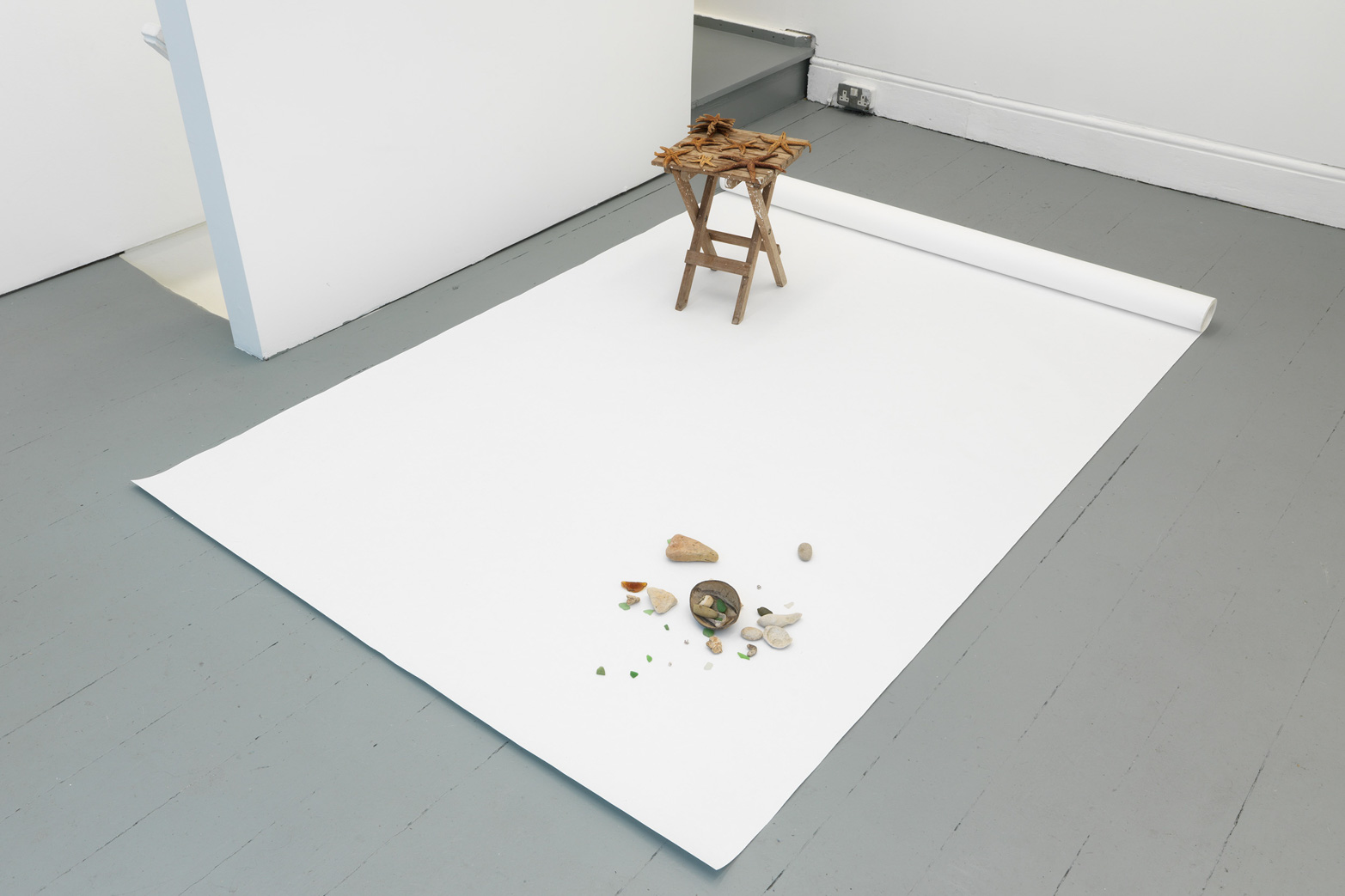 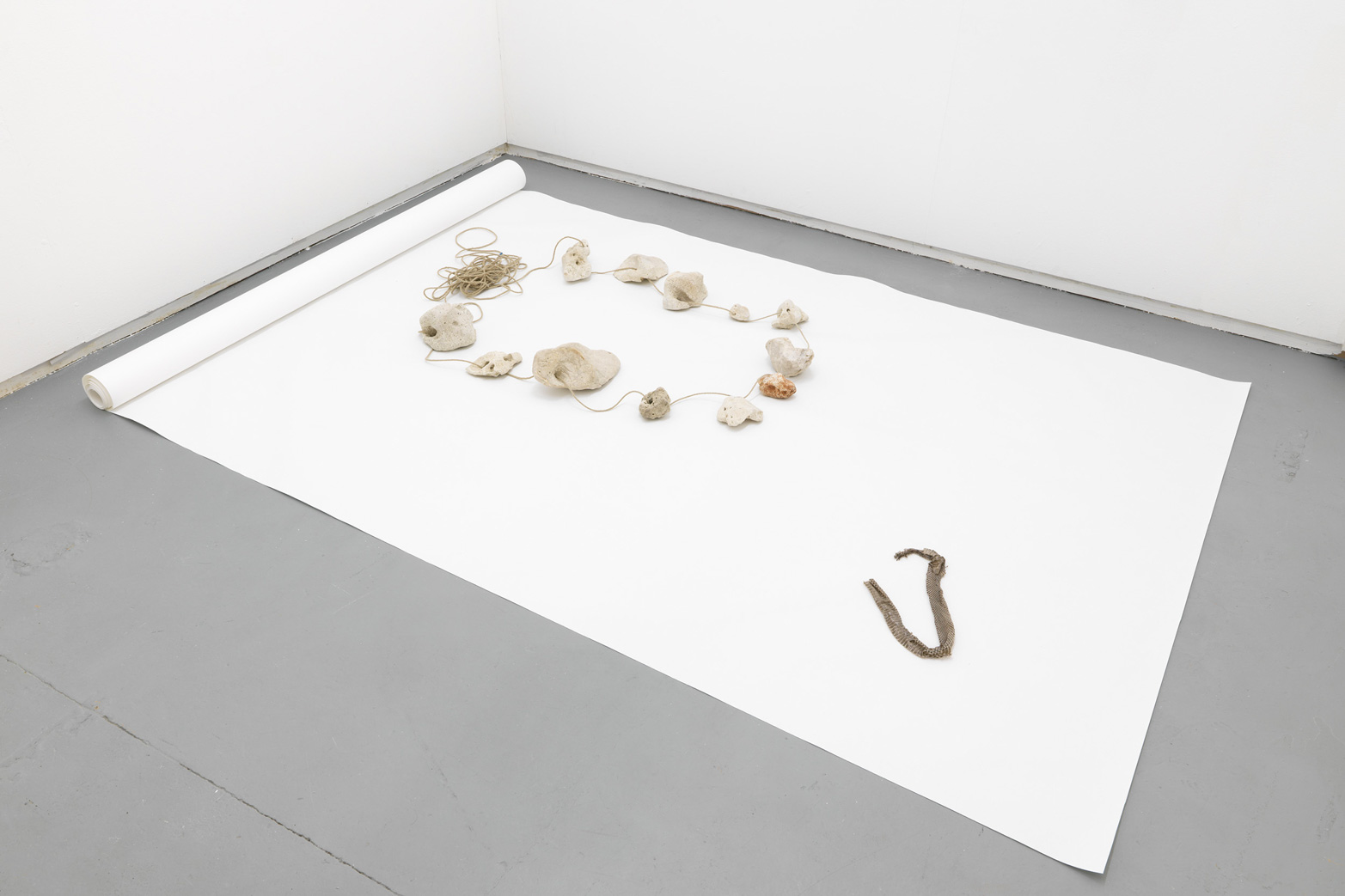 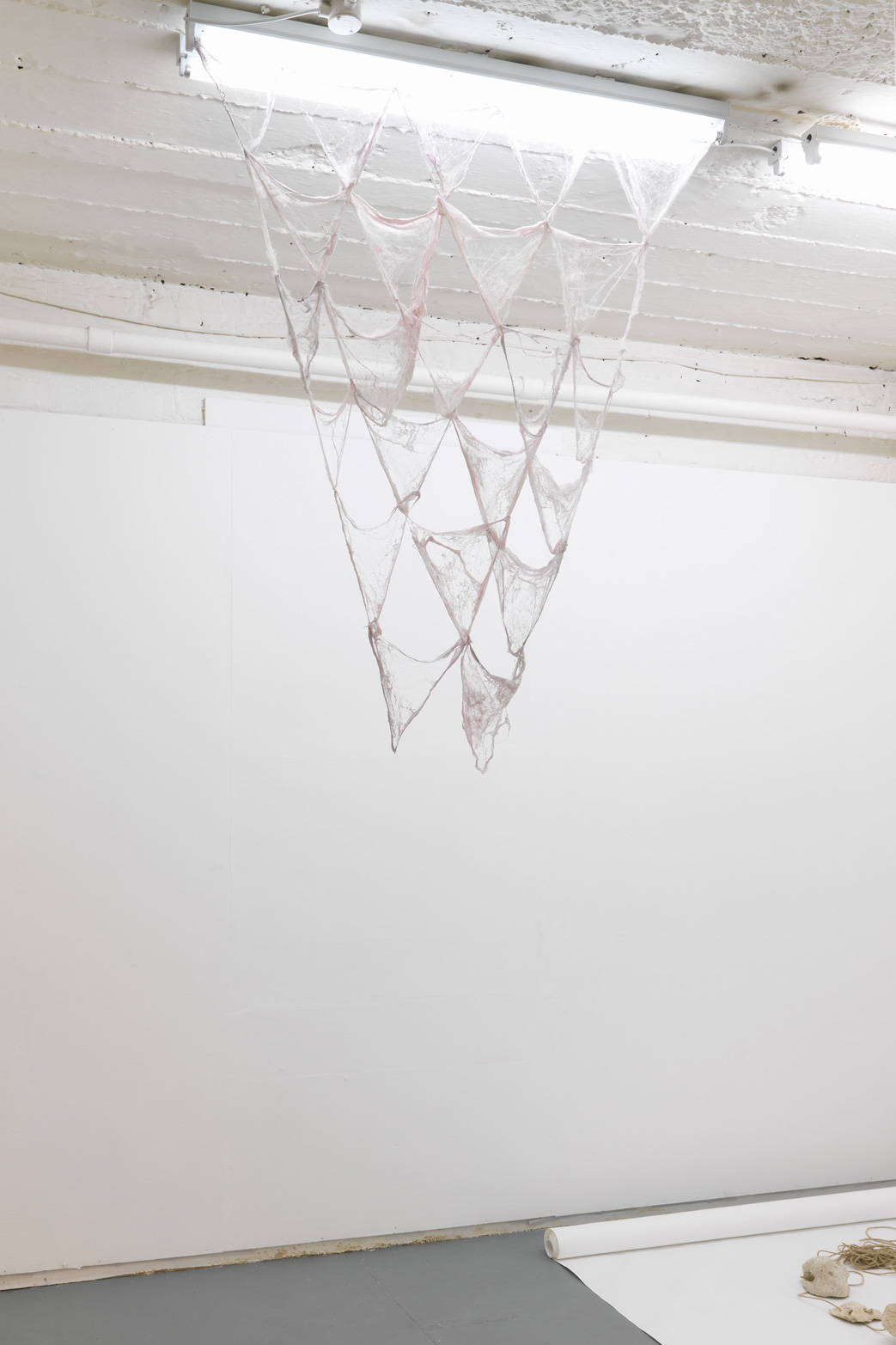 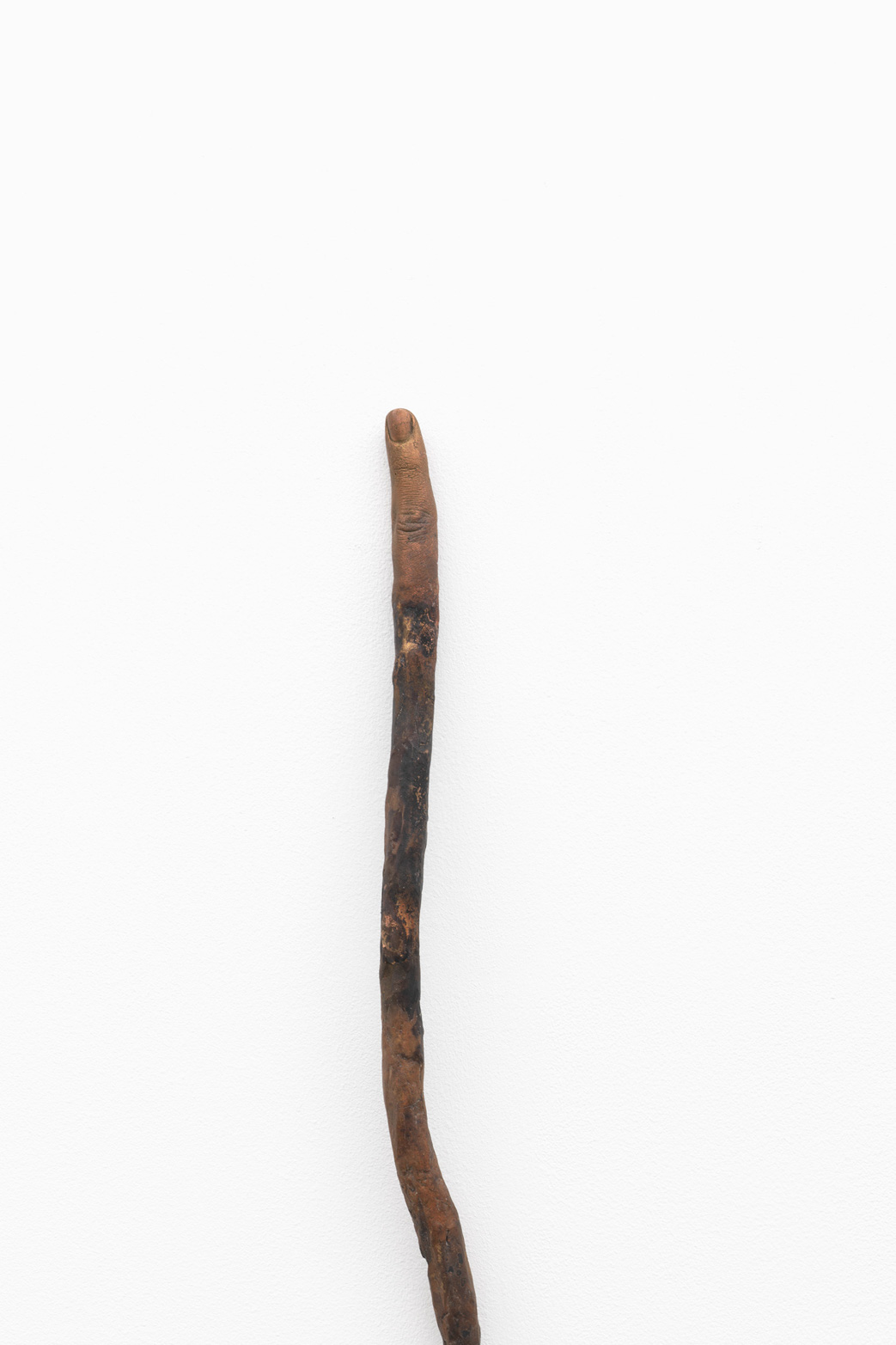 Vanessa Billy, Above and Below, 2014 . Tenderpixel. 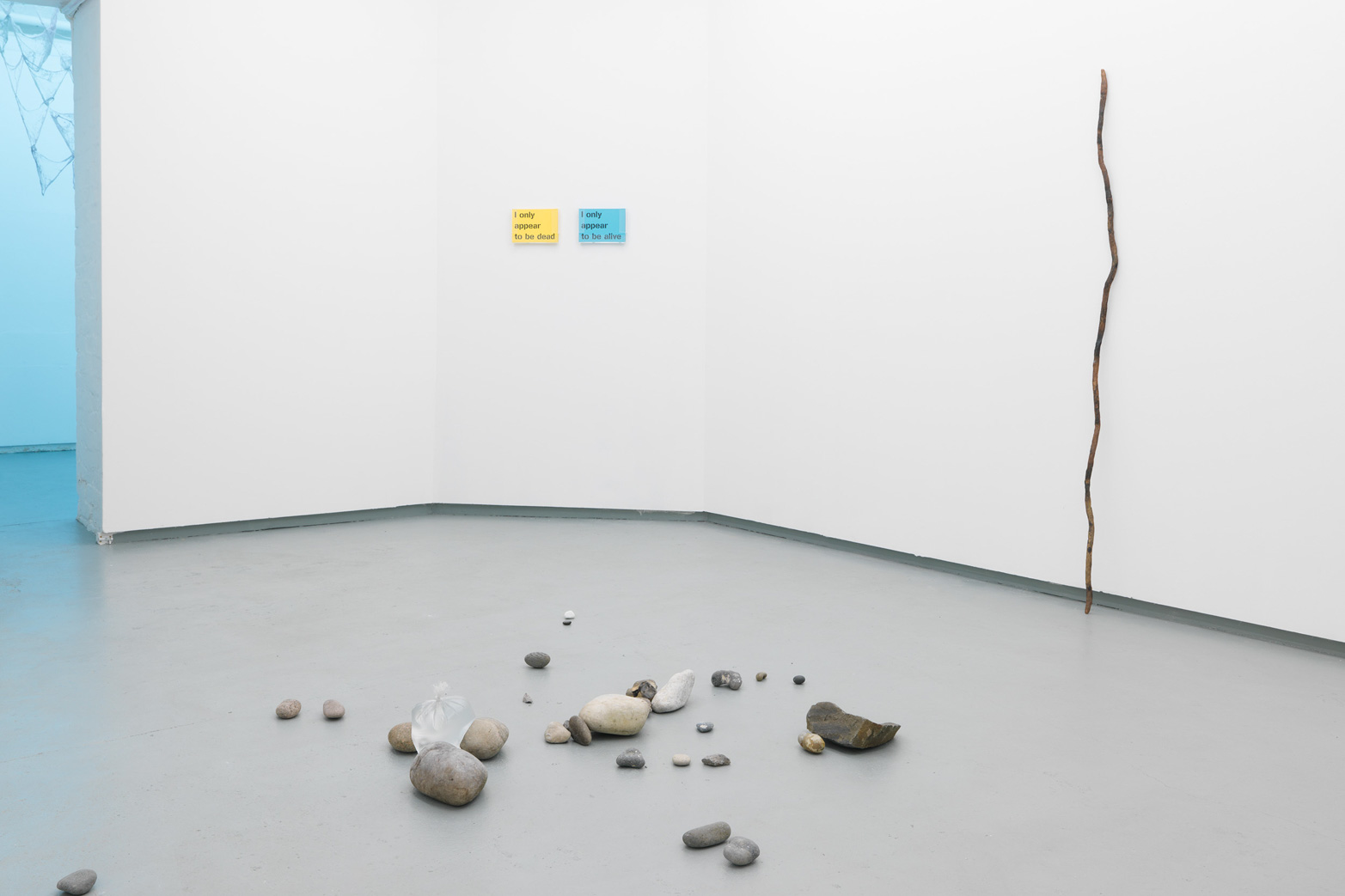 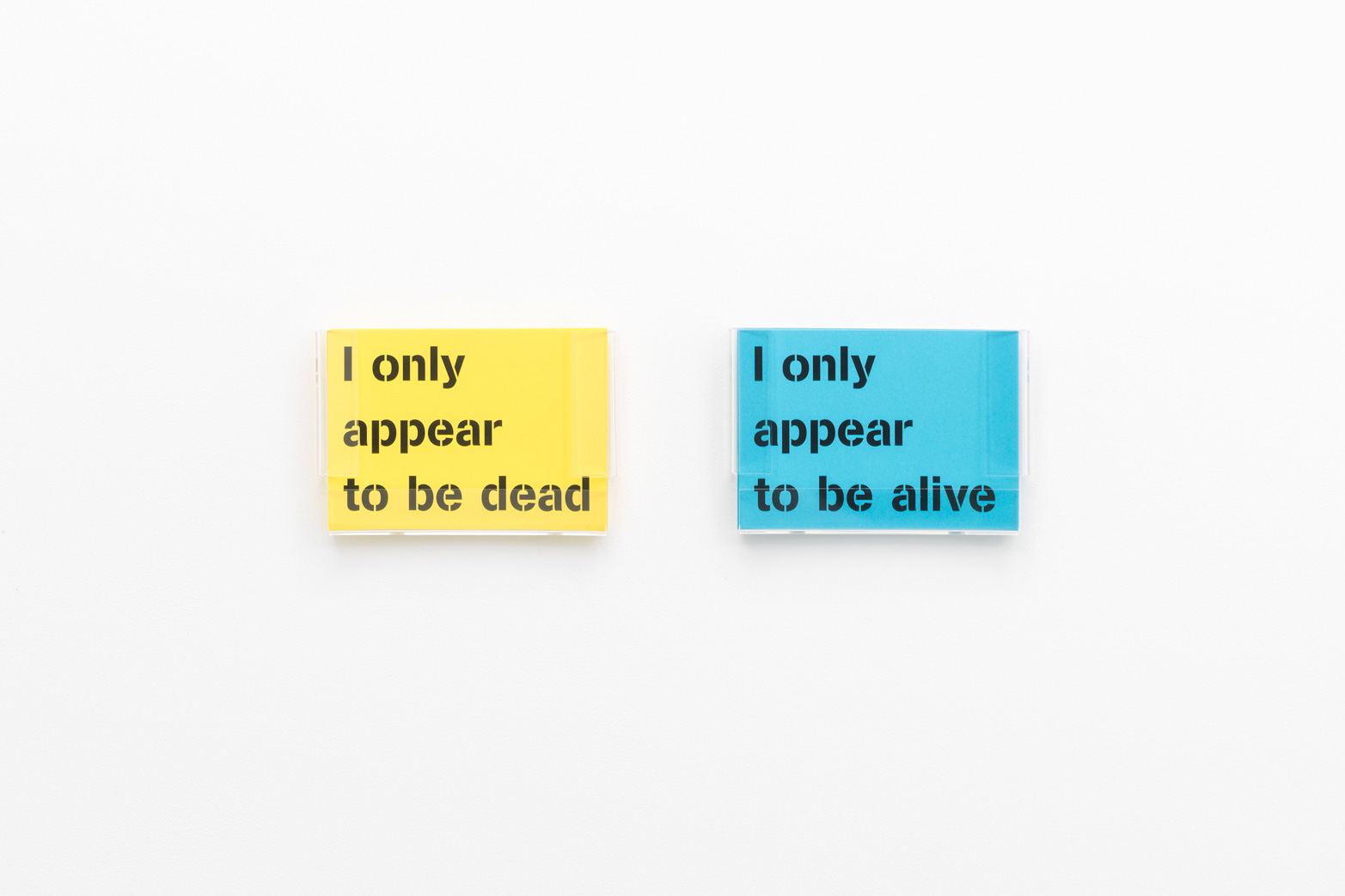 PETRA FERIANCOVÁ (b 1977 Bratislava, SK) lives and works in Bratislava. She studied advertising art at SSUV from 1991 to1995. Subsequently, she was accepted to the Academy of Fine Arts in Bratislava SK, which she left for the Accademia delle Belle Arti, Roma IT, graduating in 2003. In 2011 she was a resident at ISCP, New York US. She is currently pursuing a PhD in the Department of Intermedia and Multimedia at the Academy of Fine Arts in Bratislava SK. She often works with already existing images, texts, objects and collections, which she interprets and methodically interchanges. The main aim of this manipulation with a pictorial or discursive reference is to provide the spectator with the original affective reaction. Each new realisation leans towards an implied connection between the universe of unique personal experience, which is conditioned by civilisation, history and culture. Forms, images and vestiges of the fleeting past are embraced with the full awareness that their original meaning might have already degraded. Selected solo exhibitions from recent years are Vulnerable, Yet Everlasting,Viltin Gallery, Off Biennale Budapest HU (2015); Things that Happen, and Things that are Done. On Beginnings and Matter, Fondazione Morra Greco, Naples IT (2014); Every Day has a Noon, AMT_project, Bratislava SK (2014); Birds, Myths an d Tusks, Frieze Frame London UK (2013); Still the Same Place, (with Zbyněk Baladrán), Czech and Slovak Pavilion, Venice Biennale IT (2013); ARCO, Madrid SP (2013); A Study of the Seconday Plan, Dumb, The House Of Arts, Brno CZ (2012); A Report on the Time Spending, Jiri Svestka, Berlin DE (2012); Postsriptum to Childe Harold’s Pilgrimge, Slovak National Gallery, Bratislava SK (2011); Theory of a City or the Possibilities of an A4, ISCP, New York US (2011) and Exit Ghost, Valentina Moncada Gallery, Rome IT (2009). Selected group shows among many others are Empty Pedestal, Fantasmi del'Est Europa, Museo Civico Archeologico, Bologna IT (2014); ReMap 4, In the Studio, Kunsthalle Athens GR (2013); Our Creatures, The New Art Gallery Walsall, Birmingham UK (2013); The Discovery Of Slowness, Tranzit, Bratislava SK (2012); Collector, Sabot, Cluj Napoca RO (2012); Where Do We Go From Here? Secession, Vienna (2010).


http://tenderpixel.com/exhibitions/the-infinite-lawn
Back to top
This site and third-party tools utilize service and analysis cookies - By closing this notice or browsing this page, you agree to use these cookies    Info  |  Close