The instinct to move to music or to react to rhythm in different ways is universal among humans.
It has always been this way - like some kind of atavistic impulse, a visceral urge, an ancient collective habit.
Manifesting itself and affecting us through time and movement while filling our space, rhythm itself is by nature constituted by an interrelationship between a single beat and one or more beats. 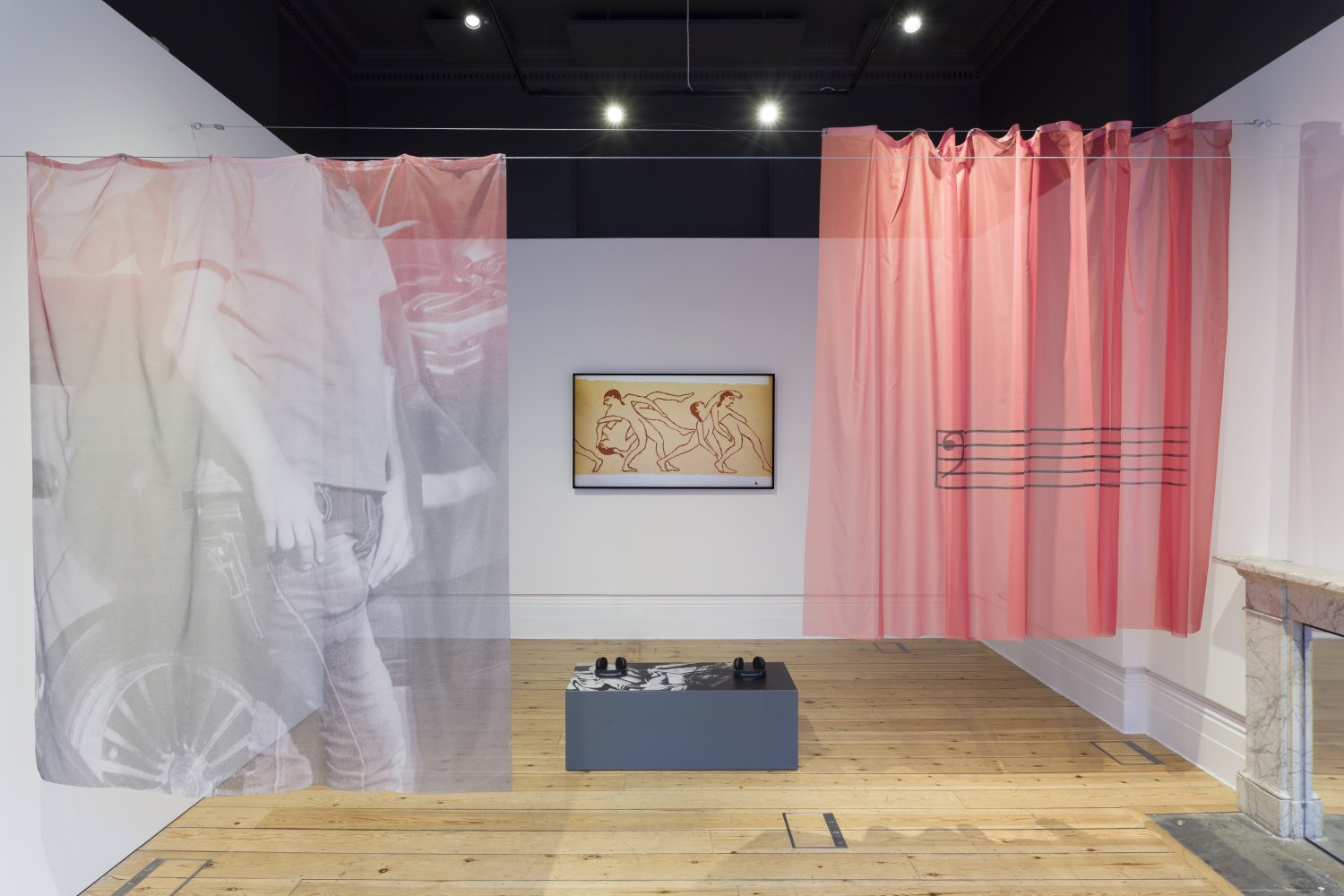 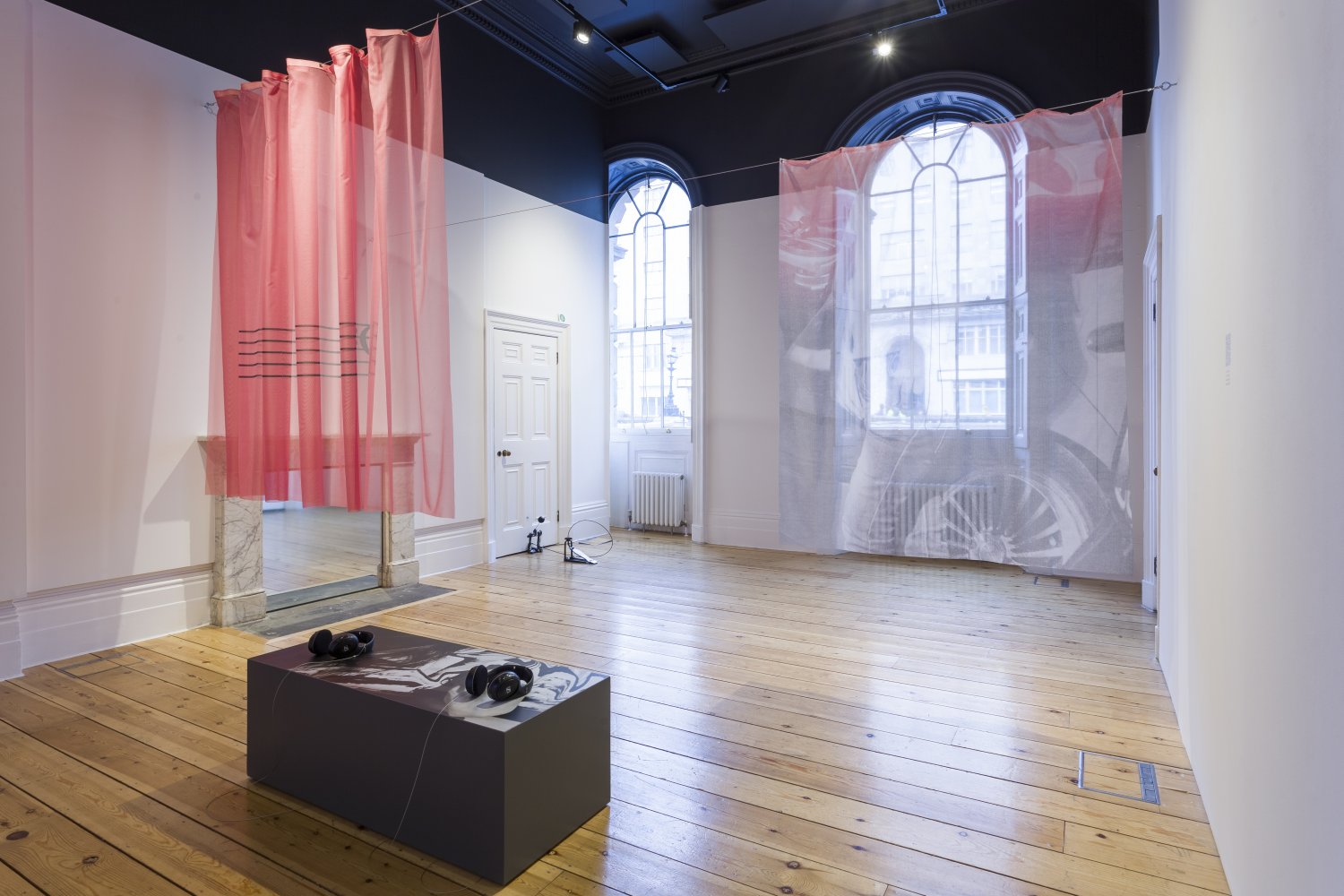 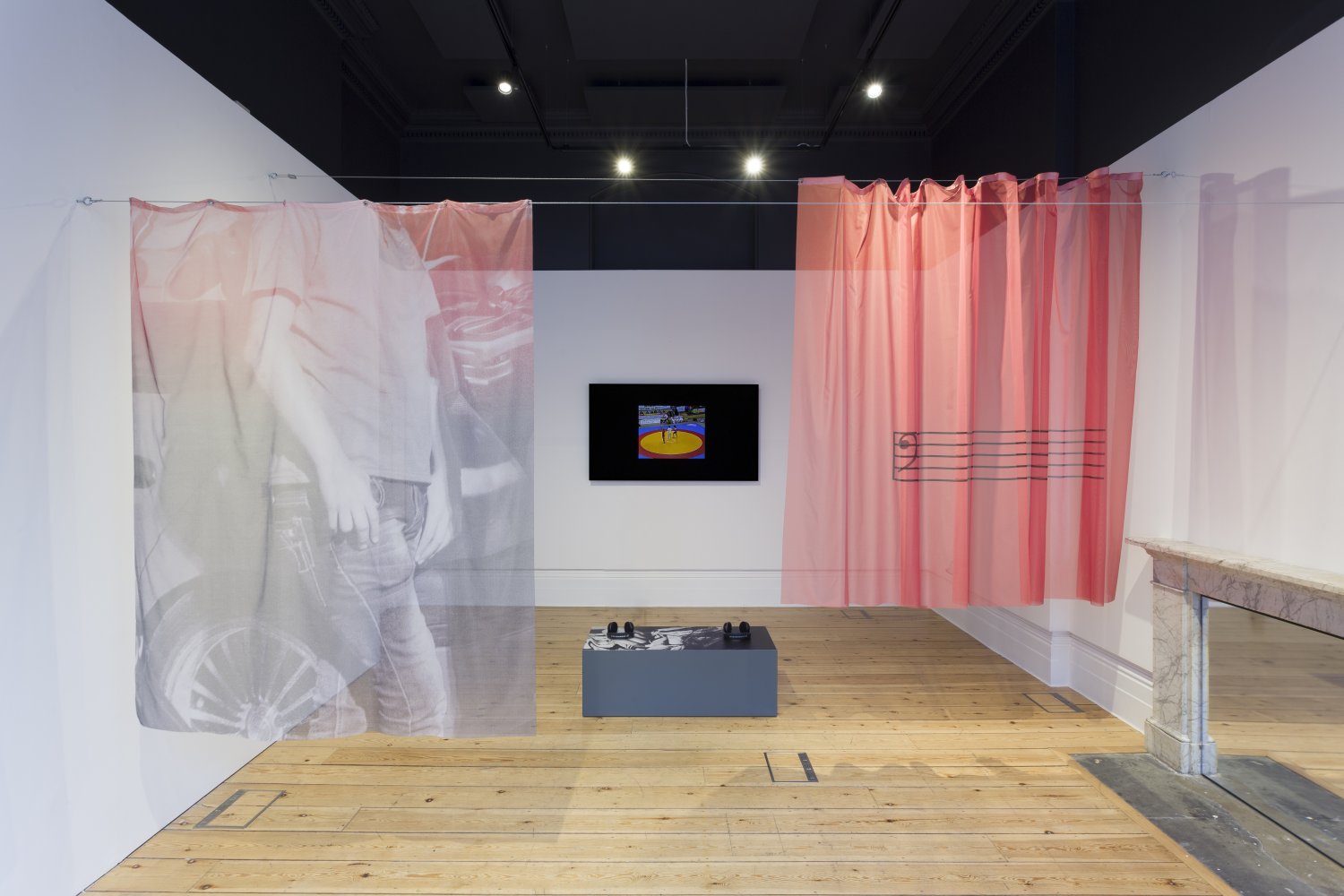 The exhibition is inspired by the capacity of rhythm to generate this process of combination and communality, within and outside itself; to convene temporary communities, organically and inexplicably; to spark and create momentary connections, movements, cultures and subcultures.

The works within Temporary Communities involve a type of interrelationship between the single and the collective - or, in other words, one beat and the others.

Exploring this interrelationship, they reflect on different, more complex, powerful approaches to being and being together.
What new connections, meanings and modalities can be created or developed within collective settings, through collective experiences and collaborative processes? 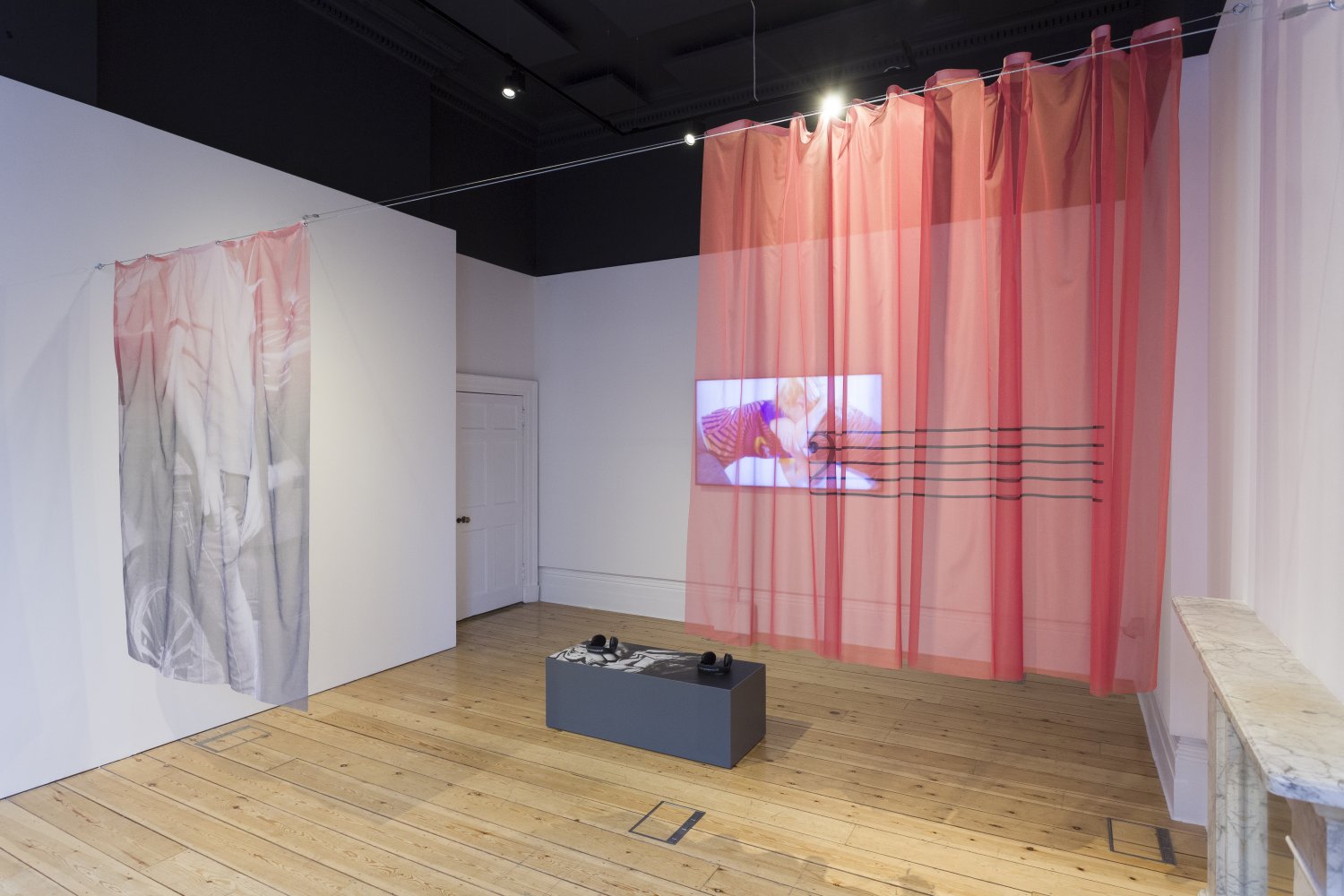 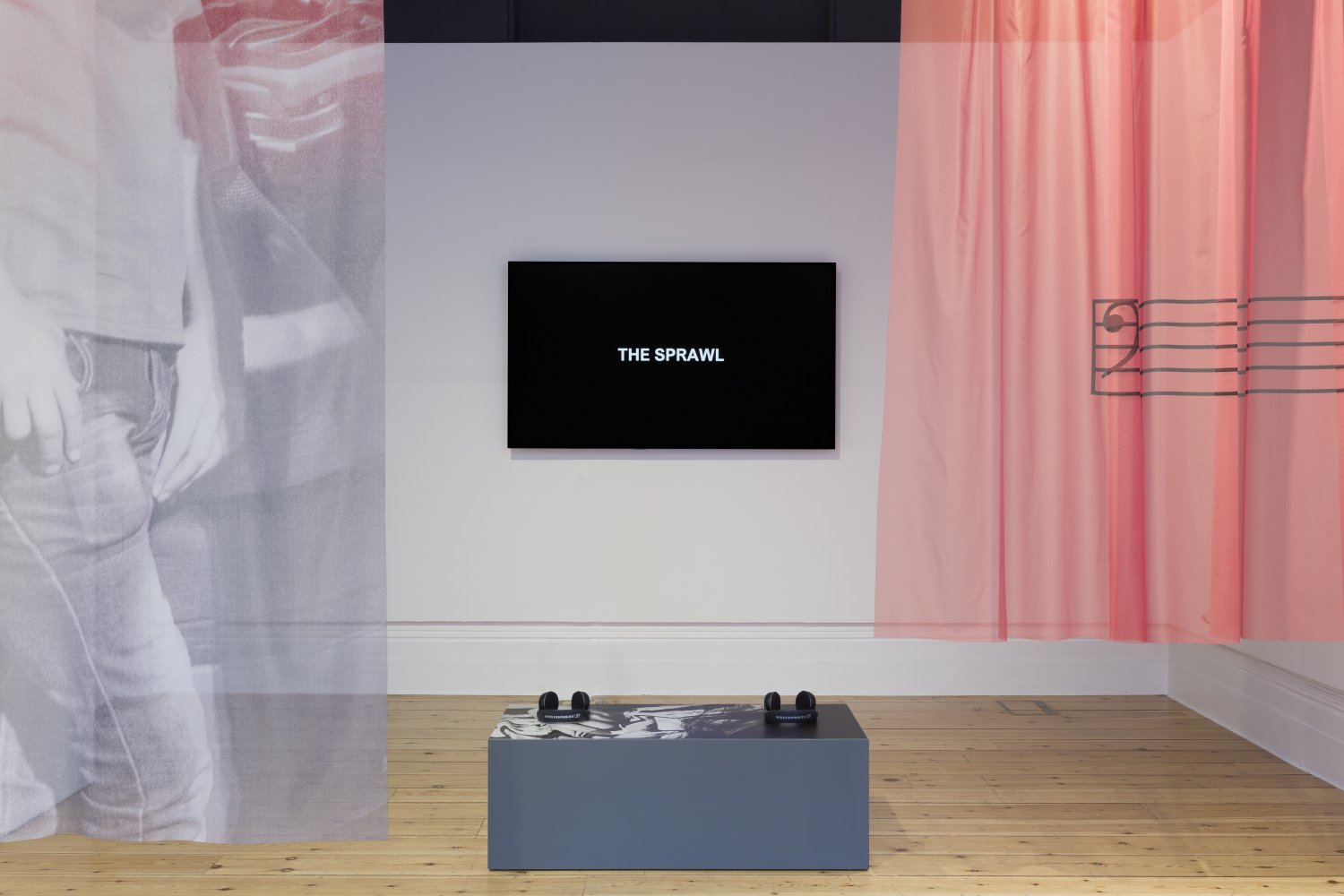 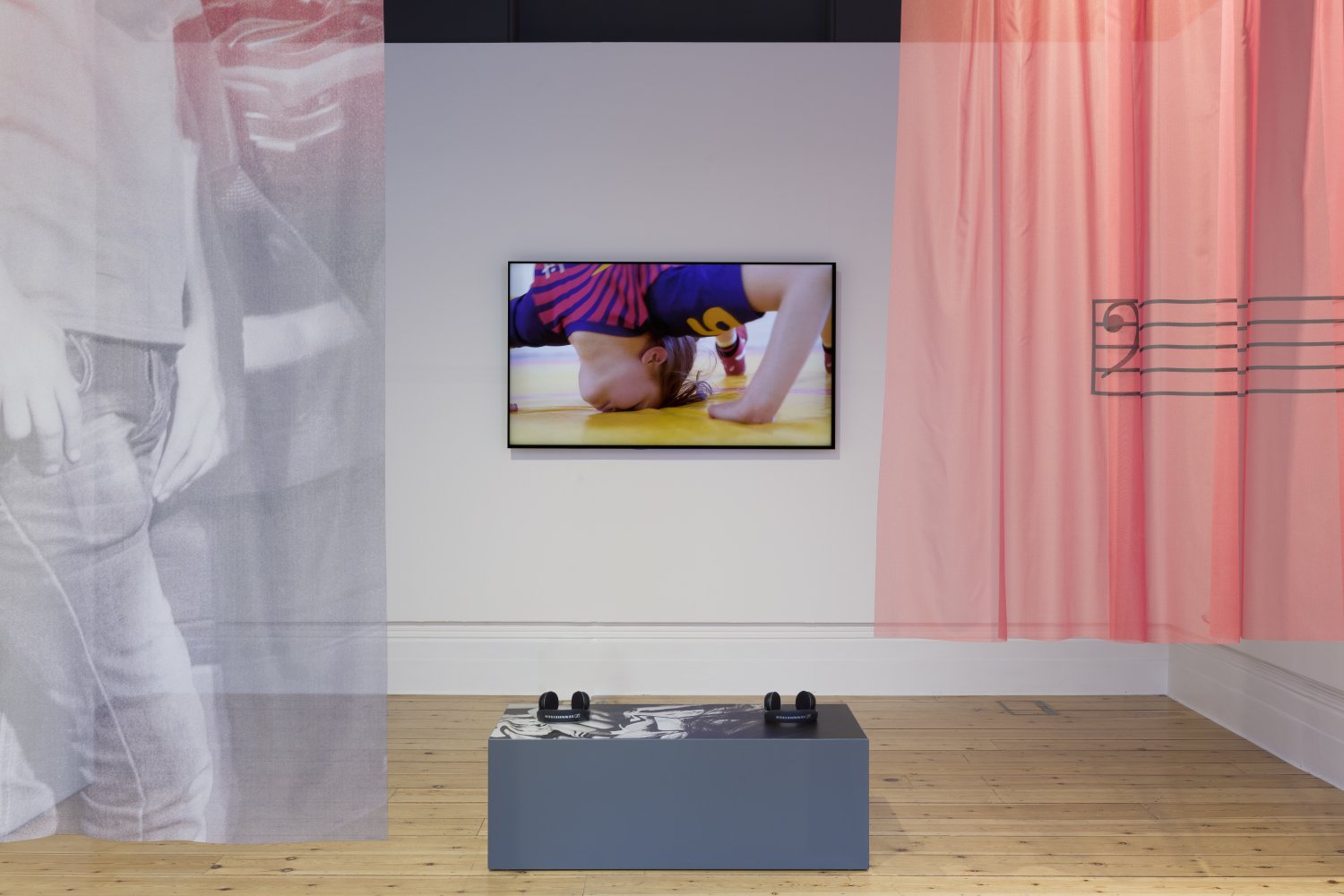 Artist, educator, and composer Joe Namy’s ongoing, international performance project Automobile manifests in the form of printed voile curtains, an installation piece reshaping the gallery space, alongside a sound work comprising of audio documentation of the project. A direct reference to sound system cultures and to the past Automobile iterations which included super-charged car sound systems to create an immersive, synchronised, surround sound environment, the work looks at the social constructs of music, passion and escapism. 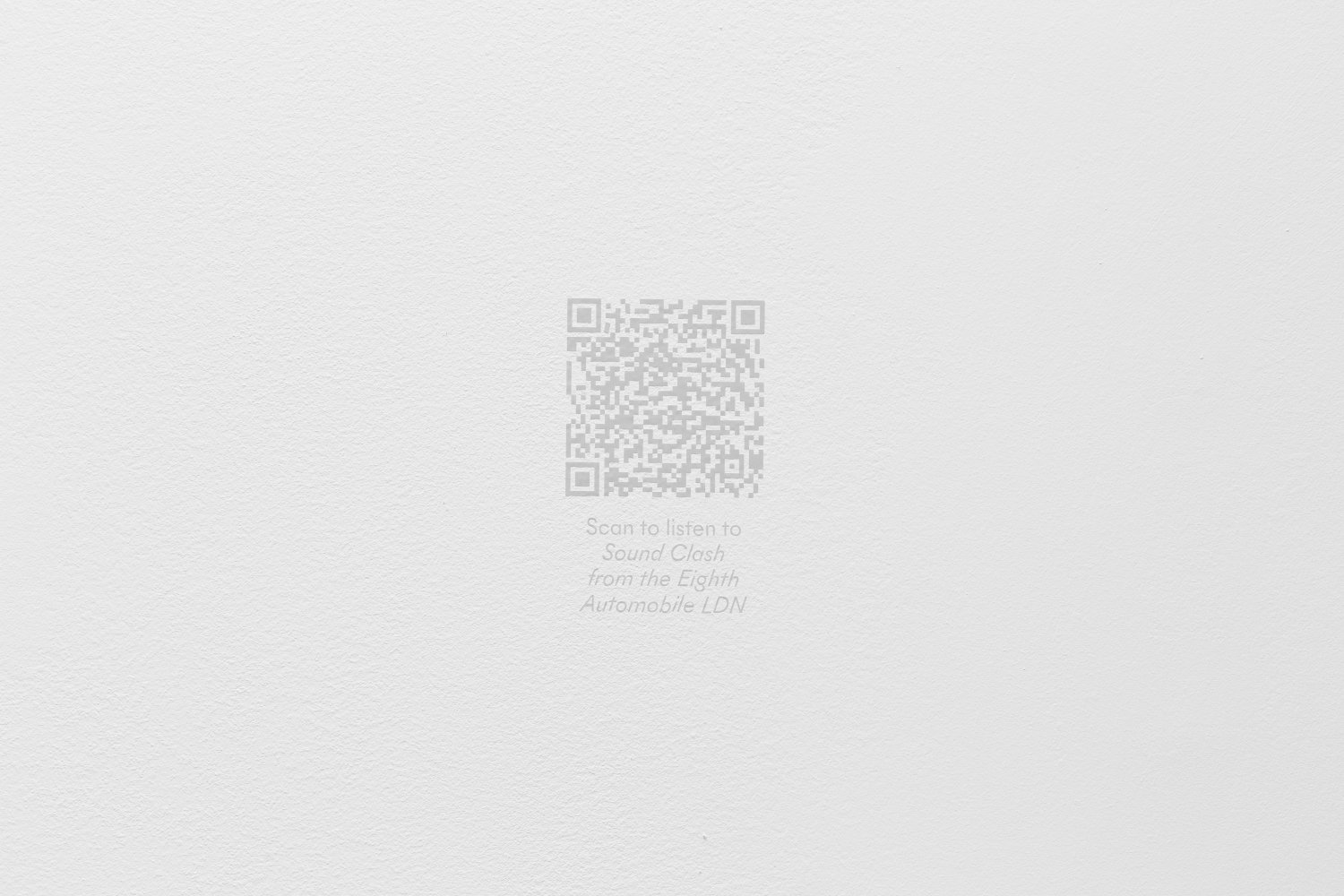 Artist Phoebe Davies’s film The Sprawl, explores the physicality of occupying communal and competitive spaces. Following a small wrestling club on the outskirts of Oslo, Norway, and their team of young female wrestlers, it documents day-to-day routines at the club, team interactions, and their training, sparring and recovery from injury. We are witnesses to the wrestlers being encouraged to struggle against each other, testing their mental and physical resilience, while moving between moments of tenderness, strength and aggression. 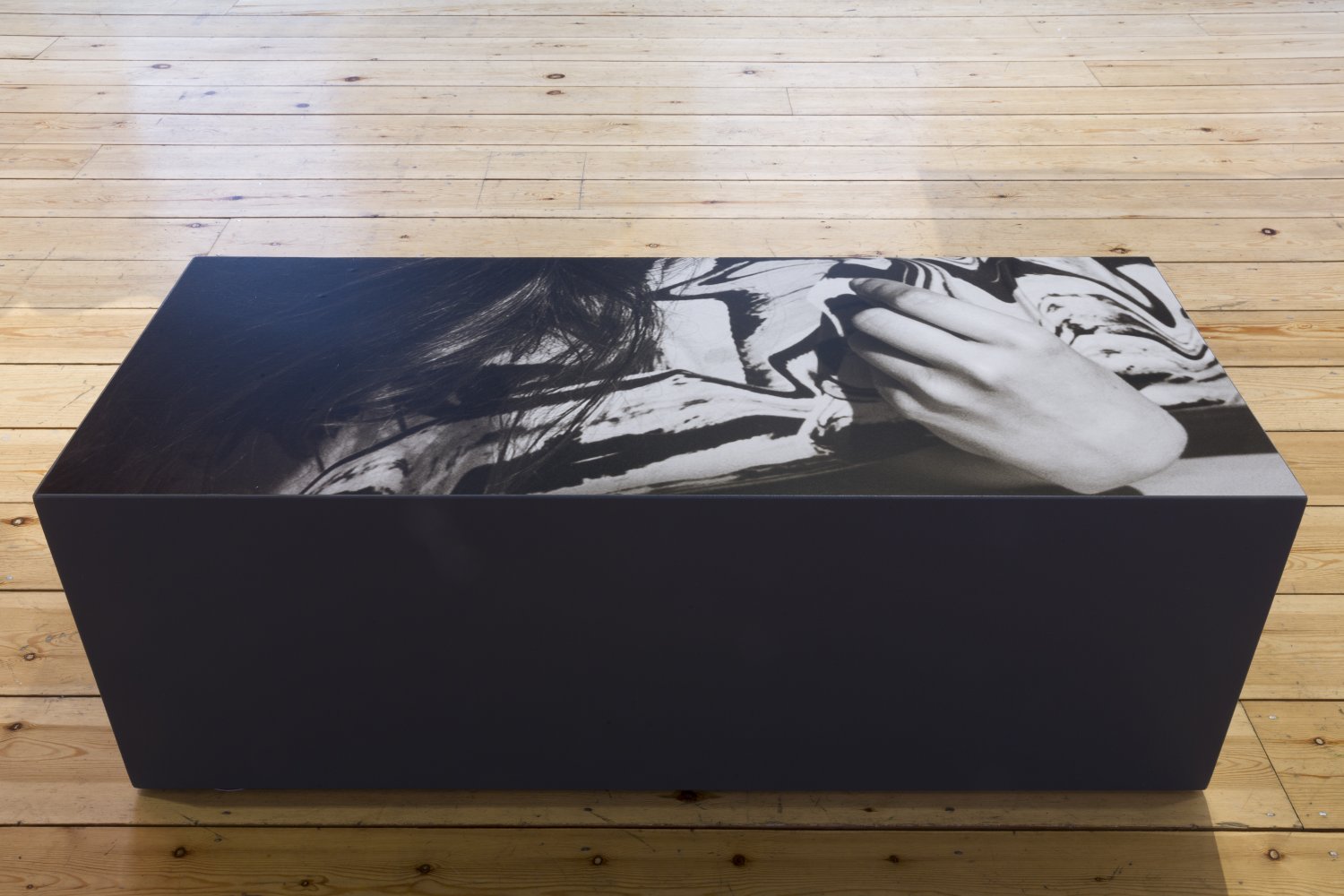 Abbas Zahedi has developed a new commission during his three-month residency at Somerset House Studios, building on his recent work sampling meditation apps. Here, work through sound, performative remnants, and site-specific intervention, ritualistic rhythms provide an undercurrent that re-enliven mediated transcendence. Instead of a pure sonic encounter, Zahedi’s Door WC2R tunes the space of Gallery 31, enabling an improvised tempo, or rather, a de-choreographed palpitation. 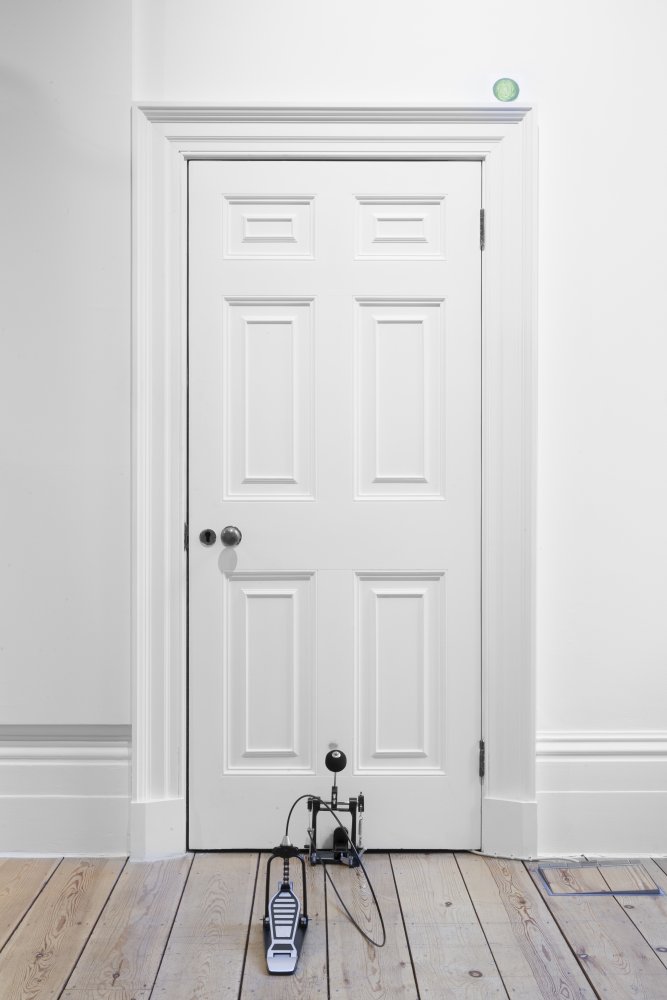 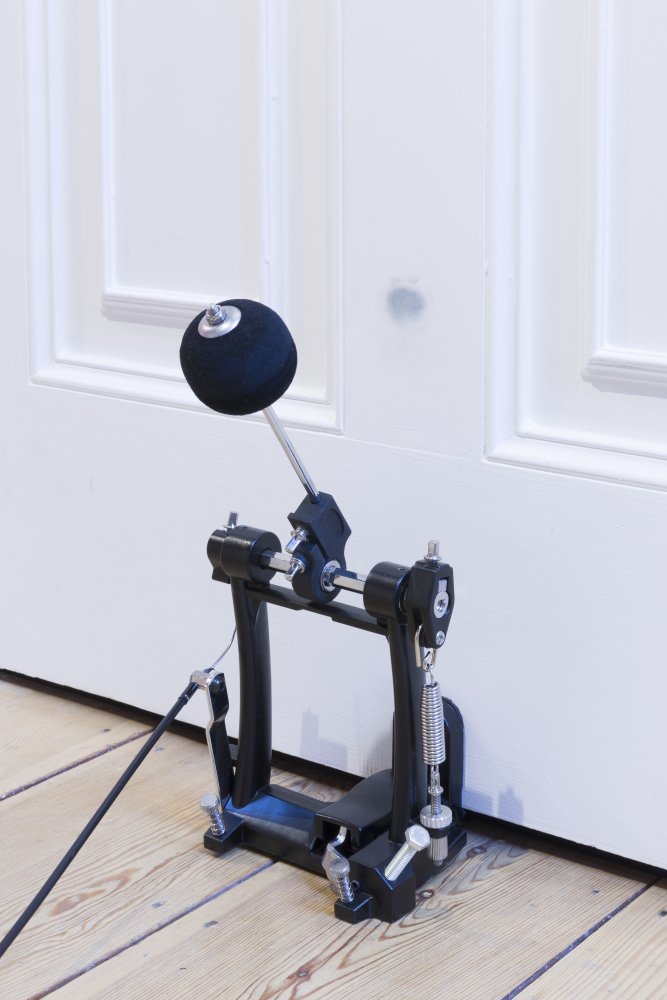 Artist and writer Sonya Dyer’s videos - based on conversations with scientists - form part of her ongoing project Hailing Frequencies Open, which intersects the Greek myth of Andromeda, the dubious legacy of HeLa cells and actor Nichelle Nicols’ pioneering work in diversifying the NASA astronaut pool in the 1970s as the starting point for an exploration of Black female subjectivities within narratives of the future. 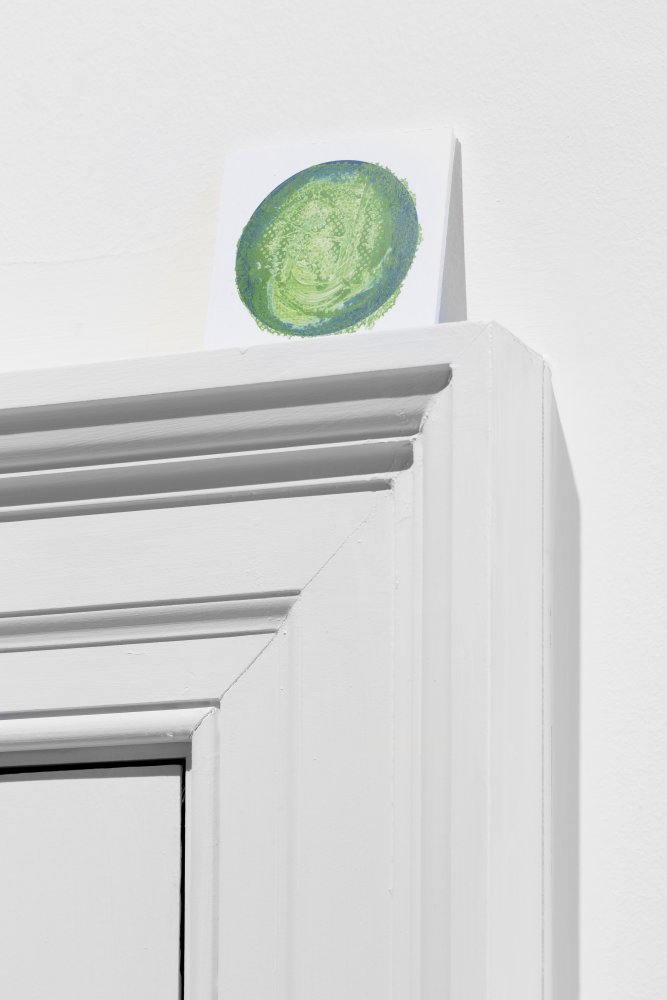 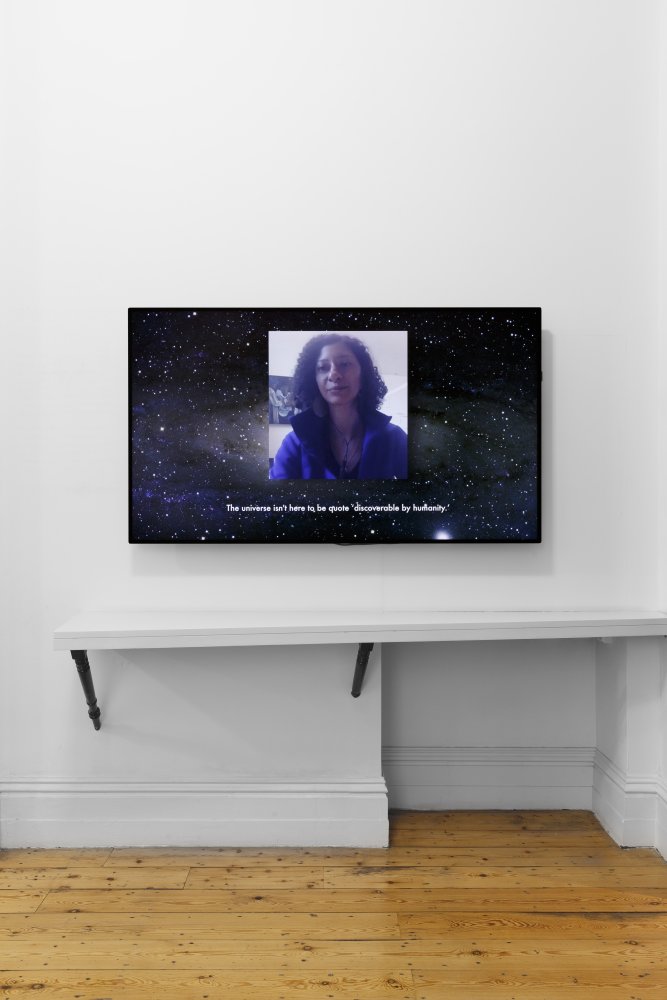 SONYA DYER is an artist and writer from London. Dyer’s practice reimagines where the centre is located in fictional narratives of the future. She explores how subjectivities and alliances are formed across cultures and temporalities, creating radical futures through unexpected connections. Recent projects include Art Night London (2021), 13 Ways of Looking, Herbert Gallery and Museums (2020), Rewriting The Future, Site Gallery (2019).