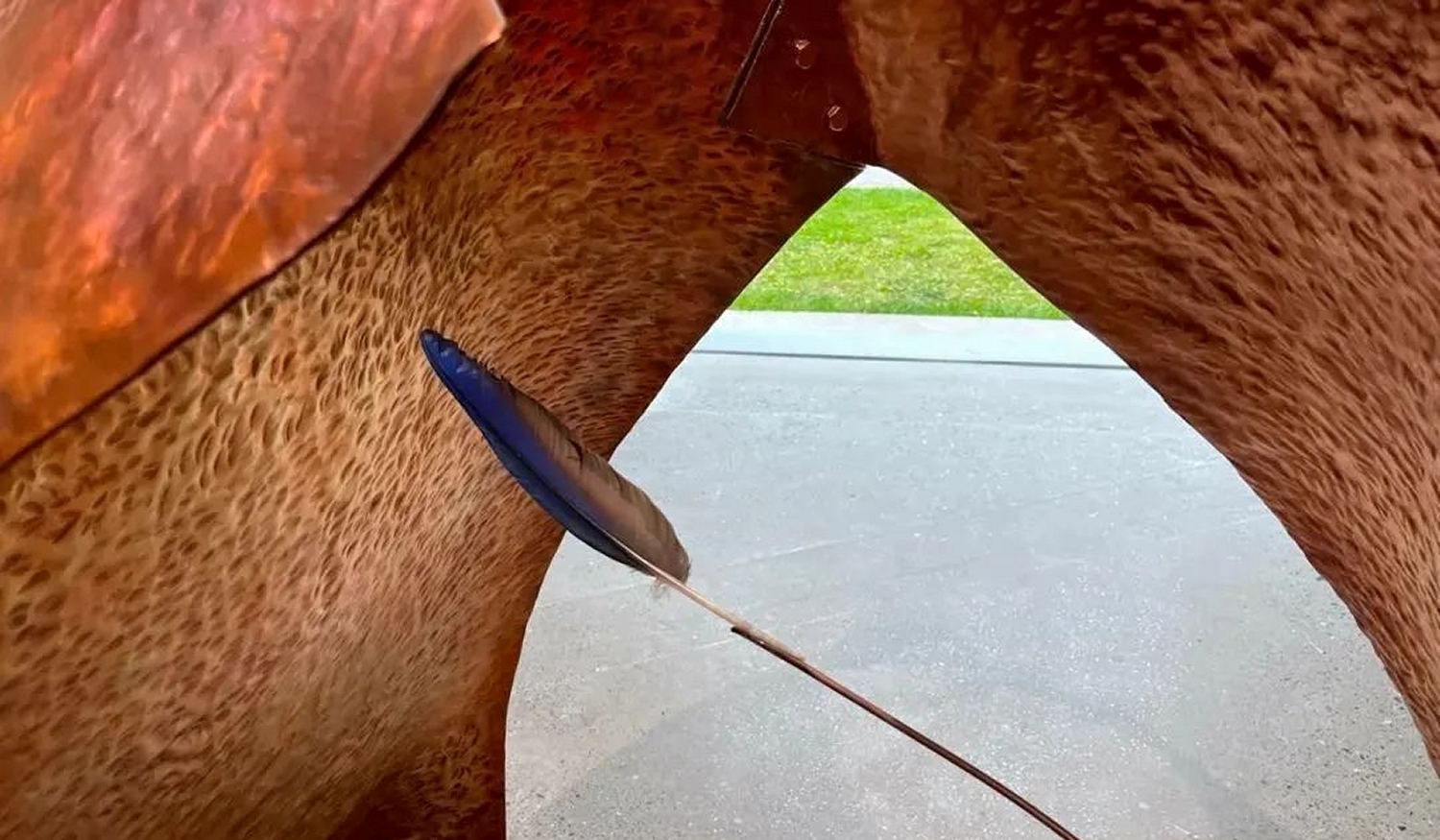 From the first instant, Sunset as Burning Bruise appears to be a conduit to place explorable uniquely by means of the senses, where making sense of the world is an extensive perceptual activity.

The entrance to the exhibition is guided through an indefinite length of complete darkness. A spacial sensory tabula rasa of sorts— hard to know how to move, or if there are any obstacles on the way. Hearing remains our only reliable sense as we move through this mysterious space: the sound of infinity slowly drags us outside the tunnel towards the exhibition space, while its frequencies bring us up in connection with the cosmos, as if by the power of a magic spell.

Gifted with heightened sight and smell by this experience, we enter the main space, full of light and colour, where even the void seems to be modulated into vivid shapes.

Increasingly and critically overwhelmed with information, we find ourselves fully open to take in the various levels of meaning that Sunset as a Burning Bruise has to offer.

Without struggling, we can naturally perceive that the environment expresses a deep connection with the body, the primal materiality of the human condition: tongues, hands, bellies, feet, ears— all appear as main characters in our imminent exploration.

Soft flesh is pierced by metal spears, shattered by heavy concrete, while delicate and sophisticated body parts are trapped by glass, constrained by ropes. In the shift from materiality as something located within the engagement through the senses, and feelings, a sense of longing and wonder emerges.

Almost as if the present matter were desperately wishing to mutate and set itself free from the embodied, sensorial limitations and constraints; as if some things, parts, were missing or about to join, or to be discovered.

Every relationship between objects in the room seems to be reconfigured and decoded with this new sensibility, and it’s at this point that we start noticing the beauty in the shells, the delicacy of feathers, the shimmering glow onto the surfaces. This shift in perspective follows from our appetite, internal to sensation, for “something other than the existent”(1), our inclination to like those kinds of marginal perceptions— things we can only sense halfway with the corner of our eyes, feeding our desire for something else, contingent, ephemeral, different from reality and facts.

At this stage, time does not exist in its conventional, traditional conception, a linear entity, a sequential narrative: time is itself diffused, there is no preset narrative, no specific protocol sequence. Everything is a mix of past, present and possible across multiple circuits.

Through these realisations, we are able to see that matter has become, or always was, vibrant(2): with life on its own, objects in space seem to be in the process of leaving their old form and rearticulating themselves to express new ones. Escaping direct and conscious human perception, matter is distributed and becomes dynamic, leaking in many directions(3).

We are drawn to a mirage of what might look like a sheet of hard, translucent skin: caught in a moment of movement, retraction and expansion, likely caused by the playful tickling of a feather somewhere on its surface. Its movement is so fluid and majestic that it is reminiscent of lava, and surprisingly only kept pinned onto the floor by a mundane toe, turning dream into plasticity.

Skin emerges probably as an poignant element— “[…] a sense common to all senses, forming a link, bridge and passage between all of them; an ordinary, interconnective, collective shared plain”(4). Like a gate to knowledge, a mutable, mediating interface, skin connects the soul to the world.

Accessing a new level of awareness from this point, we accept the ongoing, endless metamorphosis that is the perpetual state of all the entities in the room. Including our own bodies. The practice of sensing shifts from an assumed human-centred set of perceiving and decoding to extended entities and environments of sense. This allows for an attention to experience that does not concentrate exclusively on a human subject, but instead accounts for a vast range of sensing subjects, from stones(5) to shells.

The exhibition highlights this quite organically through every shape, position, and juxtaposition: meaning is to be extrapolated from the relations between all the entities in the room, mediating objects, including ourselves. In the exhibition, the boundaries between object and subject, human and not human are porous, dynamic, and so new forms of vital interconnection with a multitude of (human and non-human) others are enabled by artistic representation.

Occasionally, in the space, we find by now some almost imperceptible signs that send us back to the longing at the beginning of this journey— they are only gentle reminders of this shift in knowledge, this new realisation, as we approach the final part of the exhibition. Scattered around, the references to water and its ecosystems, ponds structures, leaks, tears, drips, shells, manifest themselves as vessels and symbols of life and hope, nurturing the sense of interconnection that has been building up throughout the exhibition. With the awareness that life is a dynamic force that unfolds through vital flows of interdependency and becoming, and that posthuman subjects share a capacity to be affected and to affect, we conclude with a sense of connection, attunement and reconciliation.

Stella Sideli is an independent curator, writer, researcher and producer working in the UK, Europe and the Mediterranean. She is concerned with the intersection of institutional programmes and feminist/queer theories, decolonial practices and ethics of curating; the relationship between curator and artist; emerging technologies, capitalism and the aesthetics of digital culture, with attention to interdisciplinary practices.

Lili Ren (b. 1986) is a sculptor who uses tactile materials ranging from soft and ethereal to hard and heavy to create intimate narratives in space. Ren is interested in the psychological effects of human scale and bodily forms, unfolding personal narratives that evoke emotions and feelings. These often absurd and dreamlike forms create a mode of escapism, taking viewers to a place where the real and imagined merge. She currently lives and works in London. 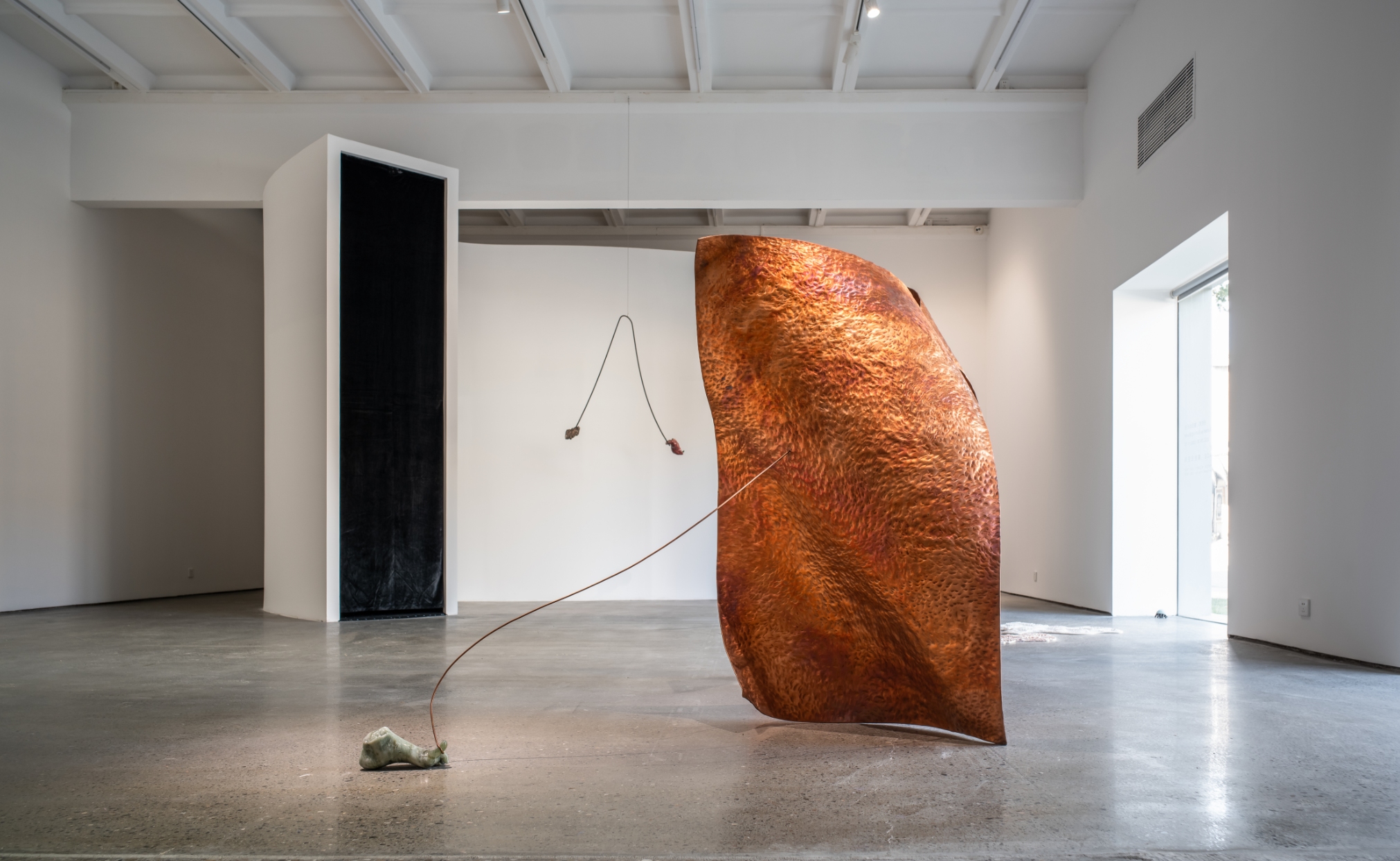 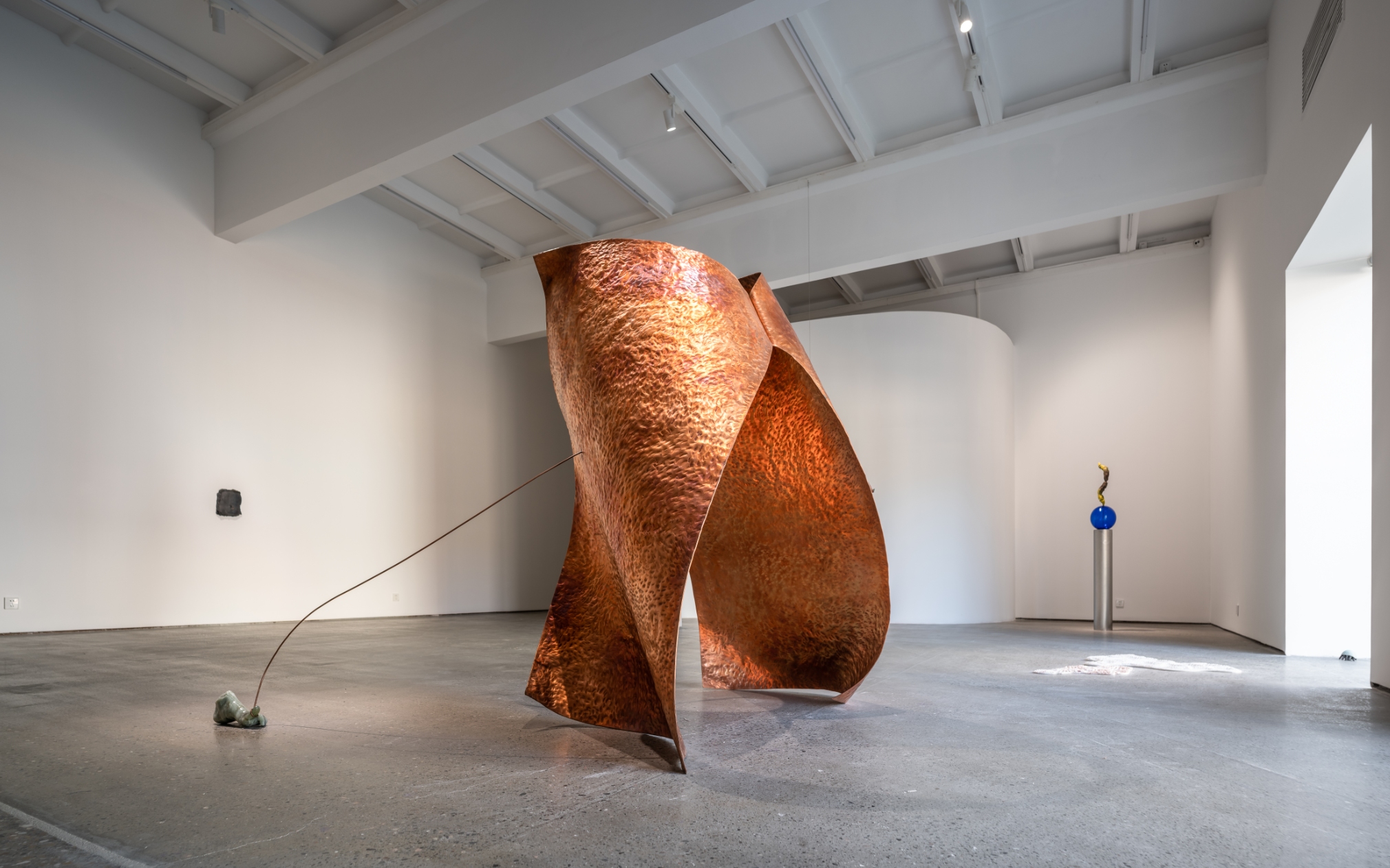 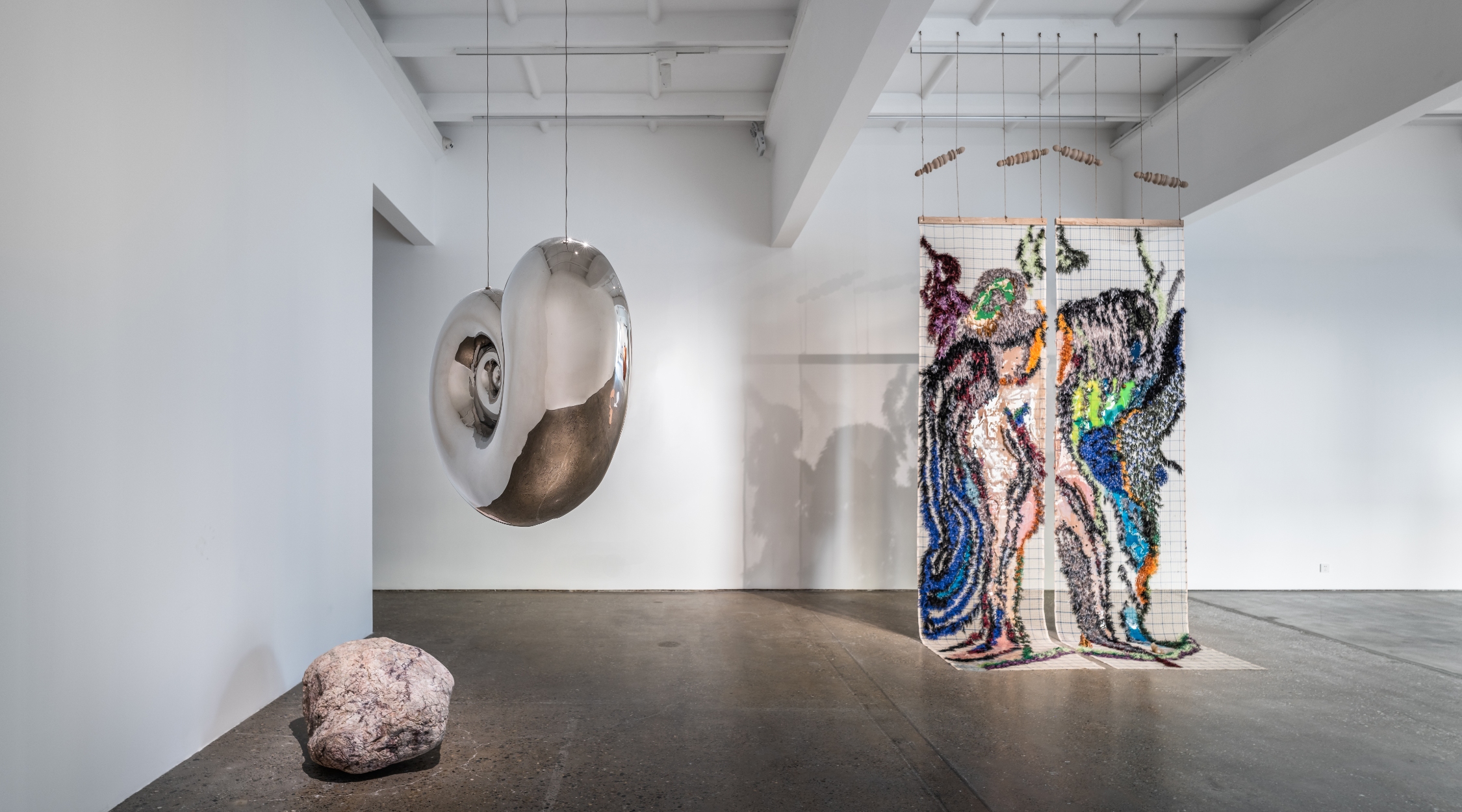 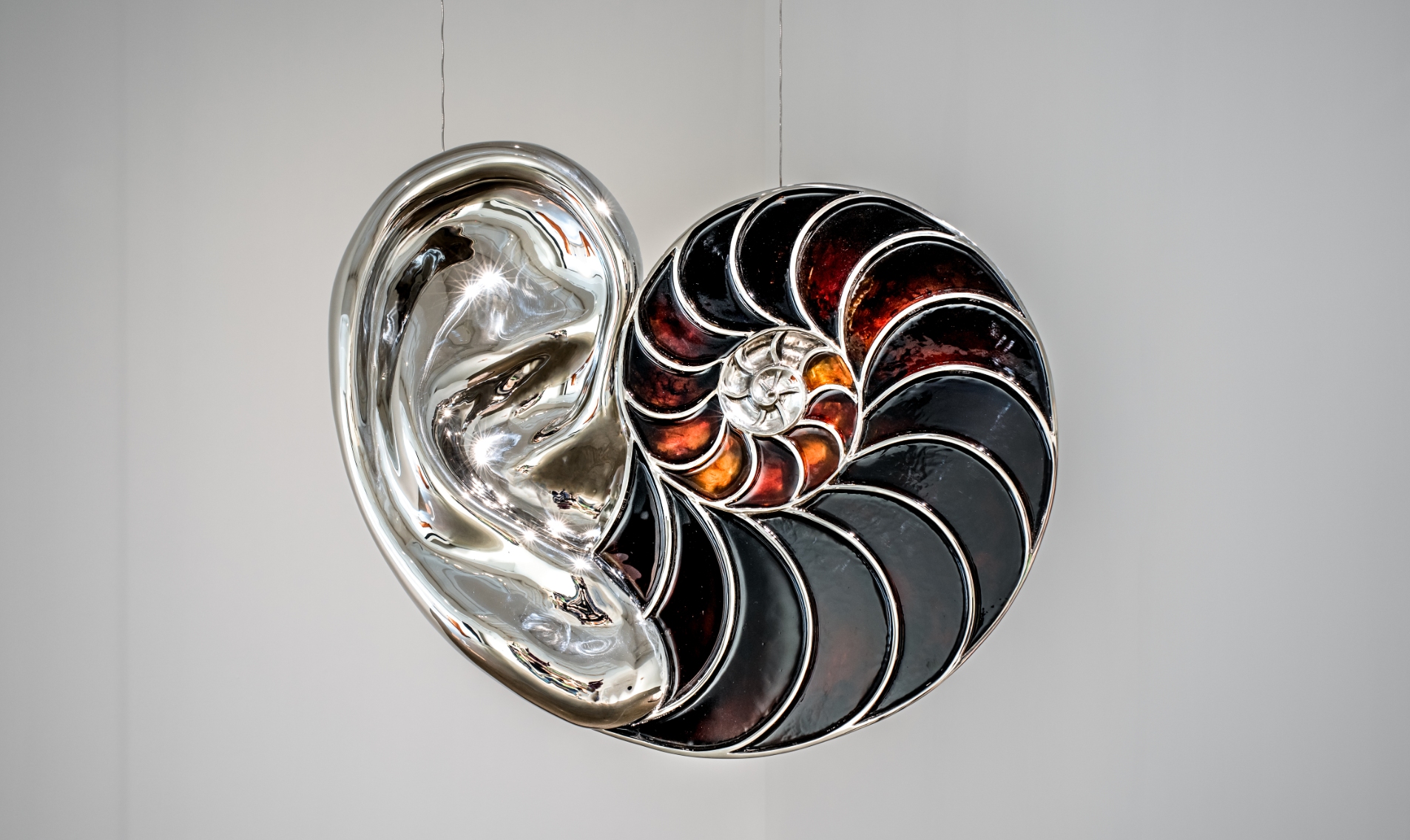 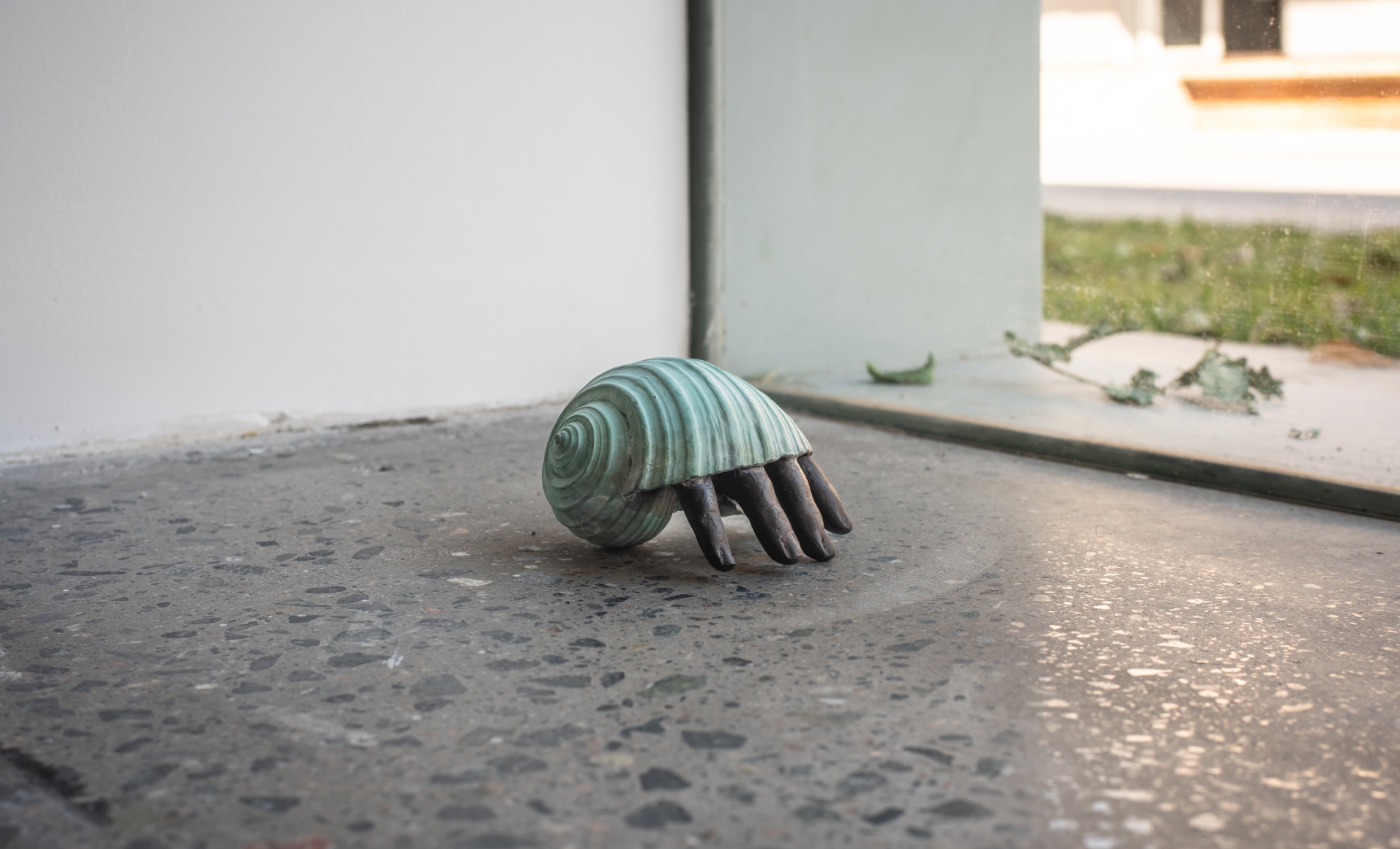 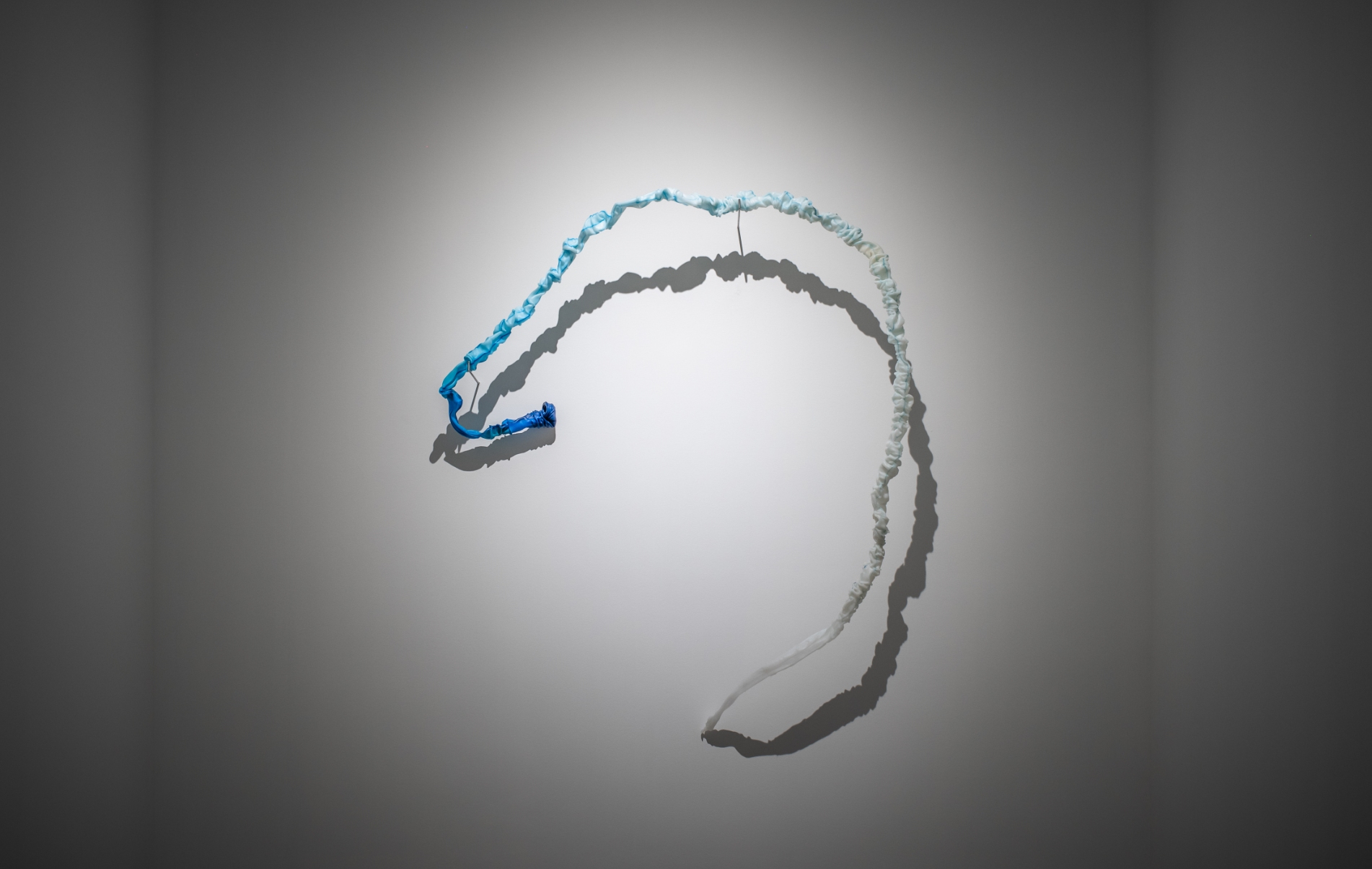